Only 5 weeks in and the title is a lie… We missed last week! My apologies for that, with all that’s going on to get ready for Alpha this slipped past. Next week’s post might be a bit light, or we might skip it as it will be shortly after the Alpha’s release. We’ll see.

Michael has been working on adding enemies to the rest of the Alpha’s levels and fixing various issues and bugs that have arisen. His internal patch notes list is probably 2 and a half pages! 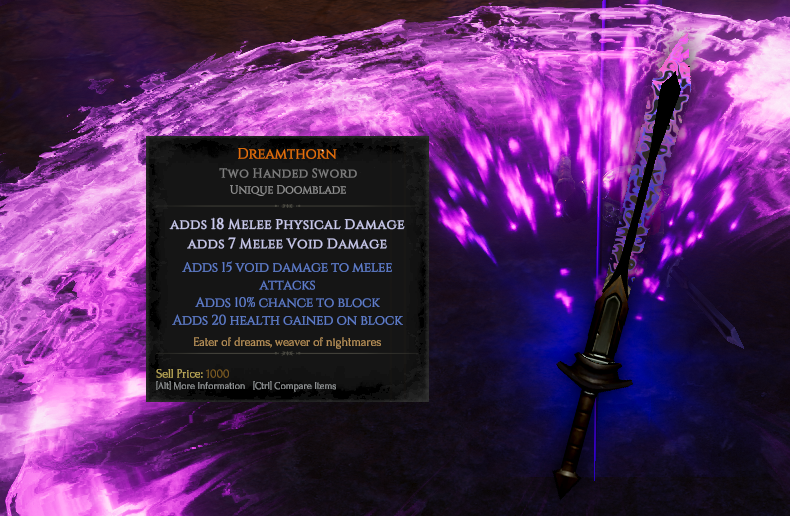 Mitchell has been working on a new unique, Dreamthorn, as well as back-end changes and a few fixes.

Mike has been working on login and related systems. Logging in is now fully functional-- you input your website login details and if you have the appropriate backer tiers you can play!

Luke has been working on various graphical tweaks in levels, as well as adding settings. 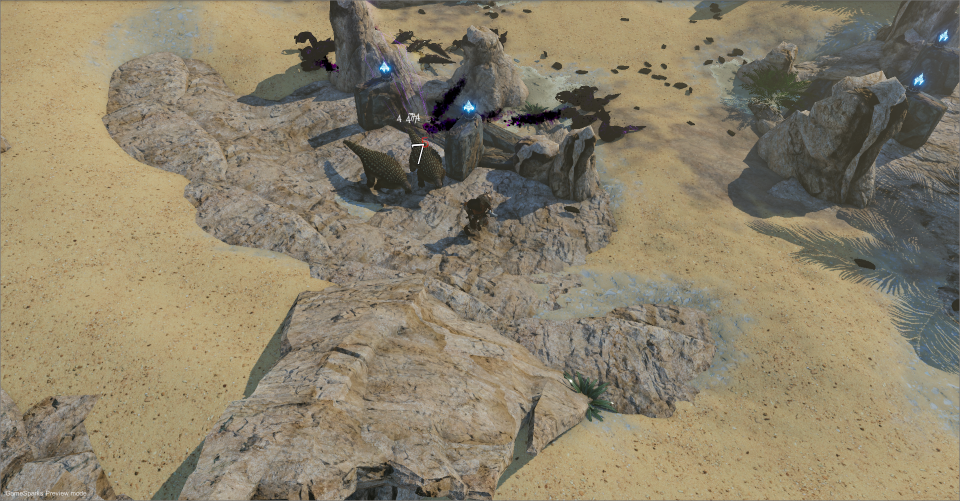 Rik has been making lots of small changes and fixes to the new Alpha levels, as well as adding three new Arenas to cycle between.

Kyle has been continuing to add NPCs that give story, and people like the blacksmith and shop keeper to the new levels.

Rob has been implementing ambient sounds into the first level, working on new music for the levels and implementing sounds that our sound team has made.

Guess what sound effect this is!

Speaking of sound team… One of them is Brandon! He’s been working on lots of new and improved sounds for the Alpha. 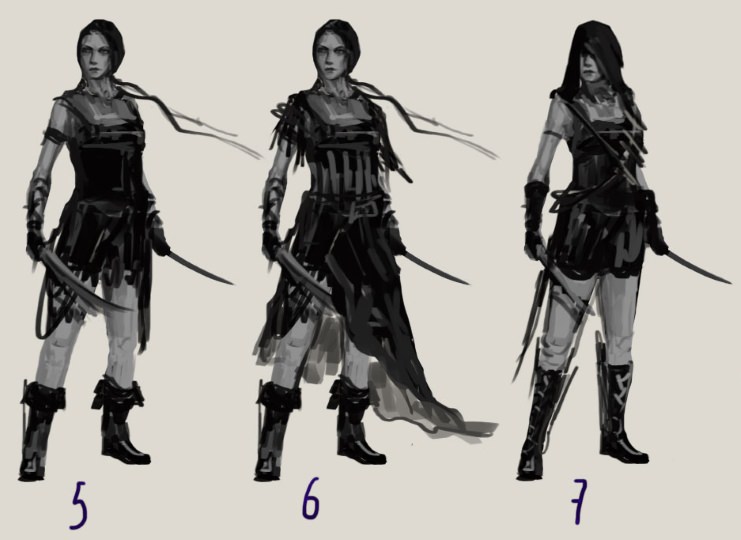 Sergey has been working on some artwork for an upcoming surprise… He has also made a batch of new silhouette sketches for the Rogue, so we can work on some gear for her. 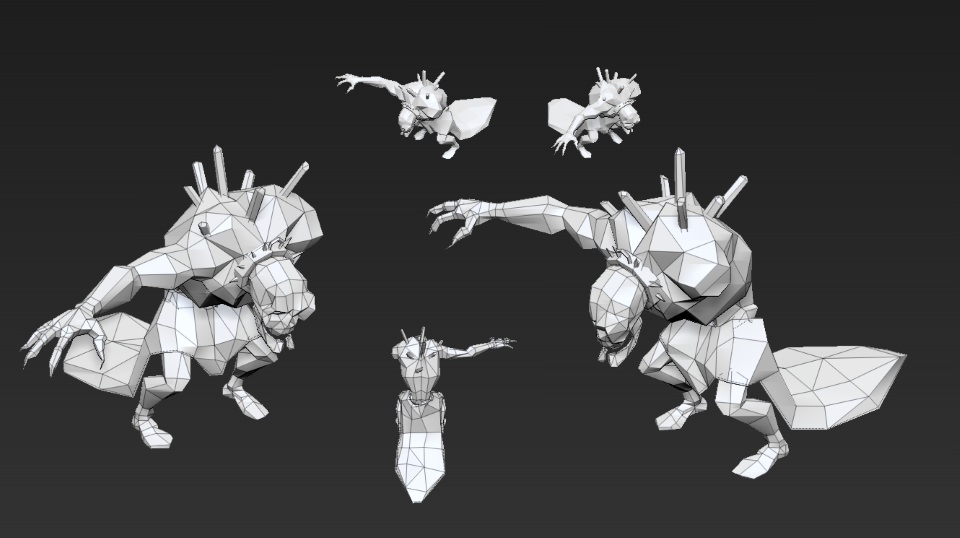 Txus has been continuing to work on retopology for void cultist enemy variants. He was also working on the model for the portal that will be available in some Alpha supporter packs. 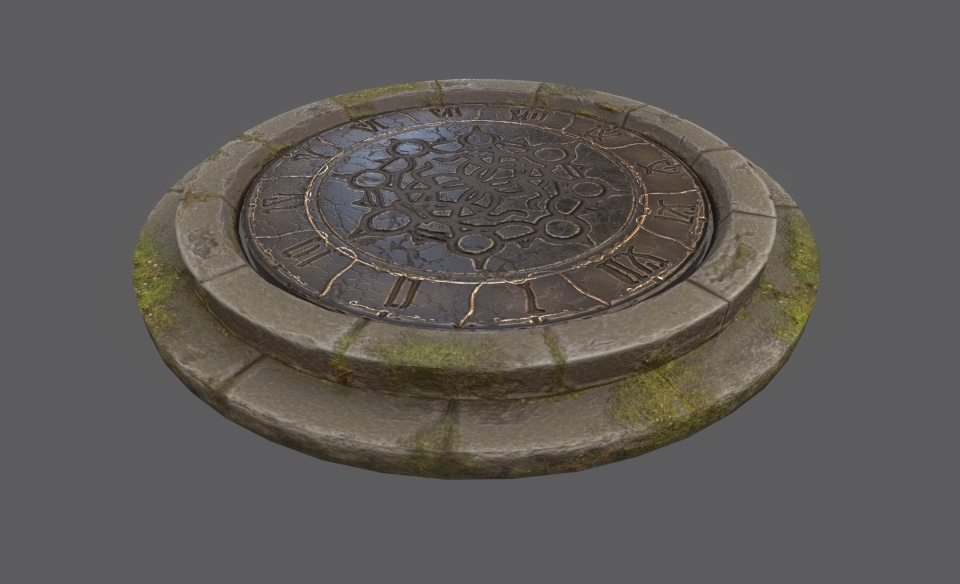 Dmitry has been adding the last few tweaks to the new Necromancer model, and also retopologized and textured a new waypoint model.

Derek has been continuing to animate the new void enemies, including this Hammerfist.

Sam has finished up with void death and trail effects and has moved on to beefing up some skill vfx. Check out the new elemental nova!

Alpha’s just around the corner! We’re excited to bring it to you on August 21st and show off all that we’ve been working on.

Hood on the rogue looks so cool! I can’t wait to play my favourite bladedancer!

The sound is that of a slashing dagger? Looking good

The new Nova visuals are great!

It looks great, goob job everyone!

I’d love to better understand your itemization design, and how you see items working to change game play and builds. I’d also love to know more about the theory behind late/end game design and what progression options will exist beyond beating the story.

The sound makes me think of an arrow breaking open some dudes skull.

[quote quote=9472]I’d love to better understand your itemization design, and how you see items working to change game play and builds. I’d also love to know more about the theory behind late/end game design and what progression options will exist beyond beating the story.

[/quote]
Our thoughts on those topics are a bit spread out, so here you go:

There’s a lengthy section on endgame towards the end of the Kickstarter page: https://www.kickstarter.com/projects/lastepoch/last-epoch/description

If you have some specific questions feel free to ask here or in discord.

Looks good, progress is well beyond being ‘made’. So happy to see the process. Thank you.

Sibcoe wrote:
I’d love to better understand your itemization design, and how you see items working to change game play and builds. I’d also love to know more about the theory behind late/end game design and what progression options will exist beyond beating the story.

It might be nice to hear a bit more about itemization and vision for it at some point during the alpha, after some players have had a chance to play a bit. As we get a chance to see the systems in action as they get more fleshed out, we’ll be able to have better discussions about the role of items/crafting/etc as the game progresses.