Welcome to the first Last Epoch Weekly, a weekly update about our development progress on Last Epoch! …That was probably obvious.

Now that we’ve finished Kickstarter, we’re making lots of progress towards our Alpha! This first post will be quite large as it will cover a time period greater than the past week. Also keep in mind that these posts won’t be totally comprehensive, as we are always having design discussions and working on systems that we prefer to hold back until they are complete.

Here’s a quick look on what everyone has been doing recently! And if want to put a face to the name, check out https://lastepochgame.com/meet-the-team/

To start off, shortly after the Necromancer demo we updated to a more recent version of Unity and did some re-organization work. While not exciting, it’s necessary for us to have the best tools we can for making the game, and always ends up taking longer than we’d like… 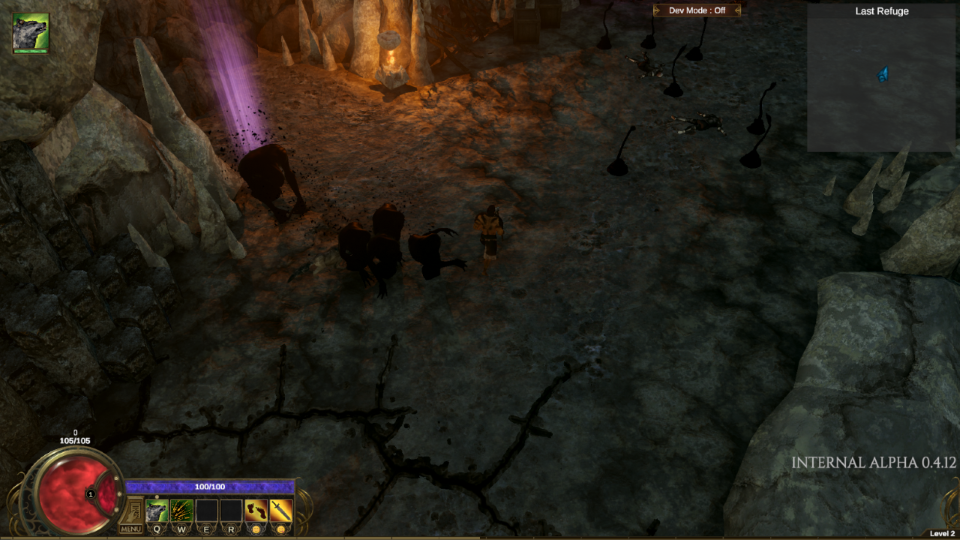 Michael has been hard at work implementing new void enemies that we will be using throughout the early game. This means developing new basic and rare skills for them to use, as well as placing them throughout the levels.

Mitchell has been working on lots of back-end changes to the item and affix systems to allow for future expansion, as well as implementing hybrid affixes, which have multiple stats. We will be using hybrid affixes for cases where the main stat that the affix grants is not granular enough to allow for ranges within each tier. In these cases that affix will have a second stat with a range. 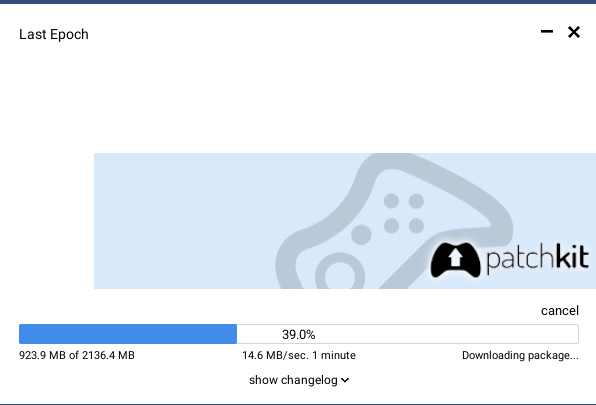 Mike has been working on the launcher and patching system that we will be using for Alpha. When updates are made to the Alpha, you won’t have to download the entire game again!

Luke has been working on implementing individual graphics options, rather than monolithic quality tiers. Oh, and grass. Always grass.

For the Alpha, we are retiring the levels from our pre-alpha and starting on levels for the full game, and adding lots of other new models and effects. 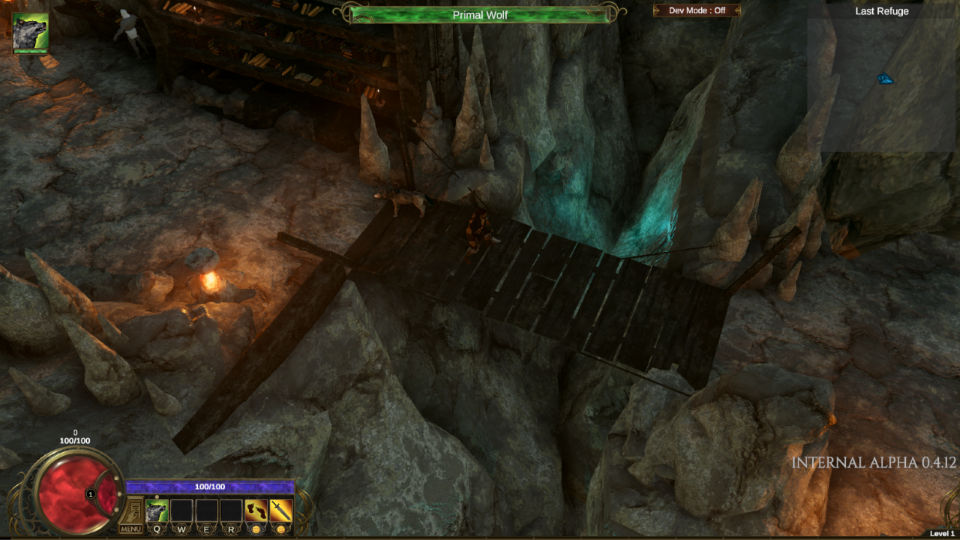 Rik has been the main person building the levels, and is currently working on adding details to the Chapter 1 levels. He is also helping design the layouts for Chapter 2. The final game will have many chapters-- they will be shorter than the Acts other ARPGs use.

Kyle is the main person designing the layouts for levels, and he is currently working on Chapter 2. As always, he is also working on enemy and world lore concepts.

Rob has put together a new setup for music, so he’s now back to composing! Currently he is working on establishing the broad themes for Chapter 1’s music. 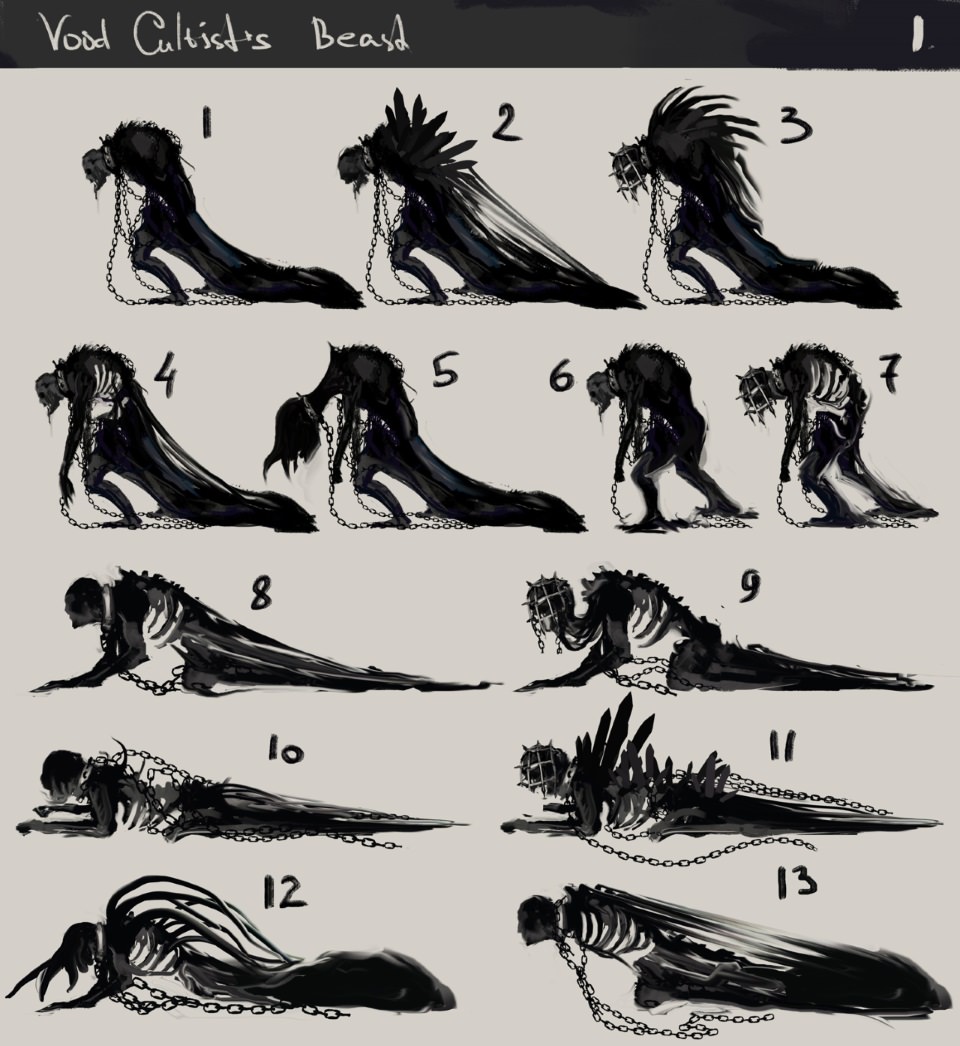 Sergey has been working on lots of 2d sketches for enemies and more, as well as designing new UI elements. 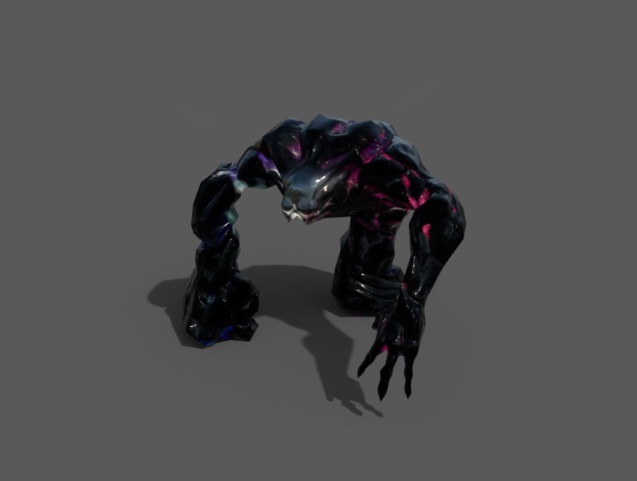 Txus has been sculpting concepts for new void cultist enemies, as well as a void boss, and adding the finishing touches to many void models that will be present in the early game. 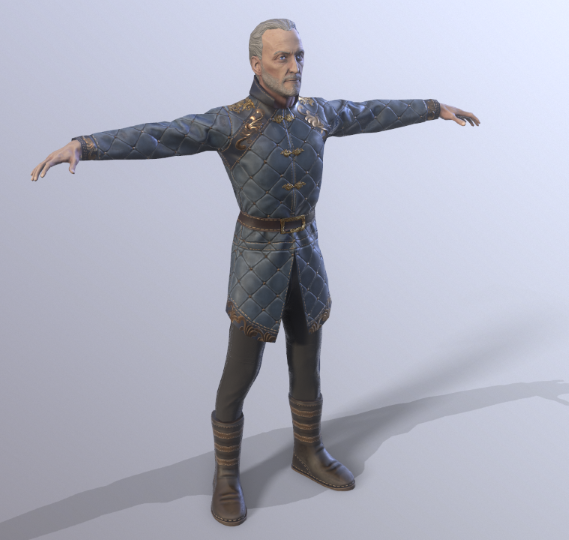 Dmitry has been working on refined versions of our character models, taking them from concept to finished product.

Nik has been creating new environmental materials for us to use in levels, as well as a new void material.

Derek has been working on animating the new void enemies, as well as trying out some animations for player characters.

And finally, Sam has been creating new particle effects for various things, including skills.

That’s all for now! We’re looking forward to sharing our progress each week as we get closer to our Alpha release. Future updates likely won’t have as much to share as less time will have passed, but there are many exciting things to come!

Very very cool to read this weekly! I’m looking forward to the release of the first alpha!

This is awesome. Keep up the good work guys! This is gonna be triumphant!

Ooo this all looks so cool! I’m so very excited for alpha

Good on you guys for being so awesome devs!

Nice ! I especially love the grass.

That grass looks pretty great! Is that what you hope to have the release look like? In terms of general quality? Color me intrigued! (rathermore intrigued than usual haha)

Very cool, thx for the updates. Really hyped for Alpha!

Nice, I really like devs that make weekly updates. I can’t wait to Last Epoch to get to the same level as Factorio, with 252 weekly post on his back

This is excellent, great to see so much effort being put into the game. Well done guys, looking forward to the Alpha!

That is some epic grass.

Awesome update and good progress. Thank you! Looking forward to following these updates.

It’s amazing!!!
Thanks a lot

This is really cool! and that grass !!