In Monolith of Fate - Indicate Which Timeline Already Open

So earlier I completed the first node and had already completed a second node off the first timeline I chose. I decided to go back to that first node and open up the other timeline. Well after an hour or so I finally finish and it asks me which branch I want to open. I know I already opened one of them but I see absolutely nothing, no visual queues to indicate which 60 or 62 is the one I already opened or the unopened one. There might be an indication in game but I couldn’t see it. So I had to guess and I guessed wrong. So a few hours wasted.

I’ve seen suggestions requesting a visual representation of your choice to make, with the map displayed and focused on the two timelines in your choice. I think this is a good suggestion but I would add please show which of the options has already been unlocked.

Thank you for the game and reading.

You can see it on the Map… paths connecting timelines represent unlocked timelines. 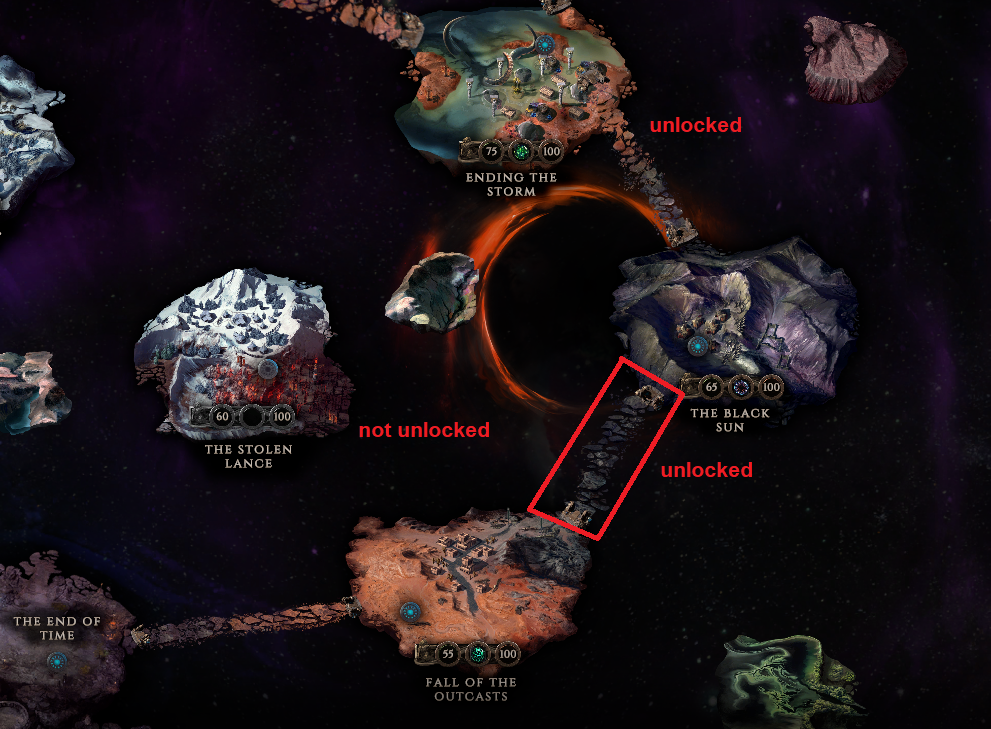 I could see that it would be more obvious, if you would see in the dialogues, where you need to unlock paths, if the given paths already was taken before.

But i am also a big fan of games that don’t take the player by their hand in every single little game system and the players must think a little bit by themselves.

I guess to clarify I don’t mean on the map which clearly shows the timelines unlocked. What I mean is after you kill the boss at the end of the timeline and you open the final dialog you are offered a choice. It’s that point where I just see a text dialog akin to “choose A or B”, and the dialog doesn’t indicate, as far as I can see, if A or B is one you already unlocked.

I could see that it would be more obvious, if you would see in the dialogues, where you need to unlock paths, if the given paths already was taken before.

Yes i agreed already on that.