Dear Dev Team!
The time spend in the world of Last Epoch truly is a blast for me. I enjoy this very much and I’m happy to watch LE communty grow as the game gets better and better.
Some months ago I made a thread about my view on the level design. Meanwhile the level design has had some changes that are really nice.

There are some things I want to point out, that with some improvement would increase the immersion for me.

The character leaves the maps through a portal. There’s a loading screen and you are on the next map

While I get that there have to be boundaries between maps I’d like them to be not that strict and be more fluid.

This leads to my next point:

This was a complaint I raised in my previous post as well. Now I don’t want to repeat myself, rather I’d like to add some points to make more obvious what I mean and give some examples for improvement.

There are missing elements that belong to towns and cities. The market place with vendors and merchants. There’s only that one single person that sells weapons and armour (obviously because this is the only thing that can be traded with NPCs). To give it a greater variety maybe it would be cool to have several different vendors

Or separate them for different classes

I get that this would be a bit meaningless because the vendor currently isn’t that important. But it would just be to fill the world with more life.

Actually there’s no food or drinks in this game that could be sold in a tavern. But maybe put the stash in a tavern. And some NPCs that get drunk, complain about the current situation or make jokes about things. Just to again add more life to the world.

You implemented 2 or 3 elements where you have to activate something to be able to go on. Pull a lever to activate a mechanism that extends a bridge.

There could and should be more of it. Things to activate. Go find a rune stone that you have to put into a magical statue to enter the Temple Of Eterra for example.

There’s no enemy introduced to the player. At the beginning you travel towards Welryn. There are some events that lead to the player travelling through time. But why? For what purpose?
The first destination is the Ruined Era. The void has taken over the world. But what is the void? What does it want. How does it achieve its goals.
Ok, the void is supposed to be a mystical thing and I get that the players task is to solve the mysteries about the void. But then give us a foe to fight against. A big bad Void Deamon that is a manifestation of the void in this world. A void slave doing the things that are necessary to serve the void (that somehow has s kind of intelligence…).
There are some elements like the purple Monstrosity we fight in the Temple Of Etarra. But currently this enemy is not connected to the story and doesn‘t make the impression that it possesses any kind of intelligence.
Everything we fight during the Ruined era is just brain dead stuff that doesn’t act reasonable besides wanting to kill every living thing. You can keep all the mystery about the void, but implement some minions that act as the advocates of the void.
Give them names, let them talk. Create a background story that involves these named foes, describing and characterising them. Without all this the motive is missing.

The very first real foe that gets introduced is the Immortal Emperor. That’s with level 20+. Then there’s an opponent to fight against. Something you play towards – the final battle against him at the end of the act.

The sense of time travelling?

To be honest, the first few times I travelled through time I wasn’t aware that I am seeing the same level just in another time. It was more like using a town portal that brought me to another place I have to cross from point a to point b, killing enemies between. If you follow the story more closely and watch for detailes, you get an idea of what happens.

One example is the rift you use after killing the big worm. It just appears after the fight, you click on it, walk through an ancient era level, travel back and so on. It took a while for me to recognise that the path in the Ruined era is blocked and the time travelling is necessary to get around that obstacle. But this was not obvious for me for the first 5 playthroughs. Maybe it’s just me.

It would have been more obvious if the story actually would let me actively search for a way in the Ruined era, then let’s me activate a rift. Just like you did in the new Temple Of Eterra.

That’s it for now. For sure nothing gamebreaking. Many people don’t care that much about these details and are more focused on functional game mechanics. For me personally the wrapping is as important as the mechanics. Maybe something to consider for the future.

Can’t say i agree with this since i love colors. To me Titan Quest is still visually most attractive/impressive arpg to date.

Regarding the motivation and context you are mentioning:
The unique gameplay element of visiting different times should be used more, for creative story-telling within the given frame and as a means for reasoning and aims for the character.

“Horizontal” story-telling within a time exists, using a chain of areas.
If someone had the power of an Epoch, without any known drawback, wouldn’t many use that for “vertical” travels between times, with consequences of decisions to be experienced in later times? This explorational element could be expanded, leading later to limits imposed for endgame systems and a small number of detailed eras.

I would appreciate more vertical story instead of some long chains within a time. The Imperial era is an example.
What happened in the 1000 years before the Divine era?
How can a foreman of the Solarum castle builders be influenced to create a weak spot that may be used later to creep into it?
(For inspiration, look for “Dragonriders of Pern” stories.)

If this were a thing I would immediately start asking for farming, but that’s because I’m a weirdo who loves farming sims…

Keep that in mind for an addon / cycle mechanic.

Top build: Acolyte with Bone Harvester. Everytime you harvest some corn, it summons skeletons that help you carry the corn home.

I agree with one of the statements about how the Void as an “entity” really needs to be more fleshed out. It’s pretty on the surface in “feel”. It still just looks like a world asset around me instead of something that is eating and corrupting stuff; doesn’t feel that scary. That being said, the new revamped enemy designs (enemies that crawl from under the ground to attack you and those void ball spitter things that look like they are part of the environment as examples), revamping of zones (void corrupted structures, void goop moving) and the eerie thing that talks to you in the temple of Eterra definitely is going into the right direction.

After the voice was added in the new temple it really got me very interested as a player who, mind you, doesn’t really like lore, to want to know more about what is speaking to me and why; does it see me??? Is this voice like an echo in time of what happened in this place? What is going on? I think that is very cool to have those thoughts running through my mind going through the zone. It was really honestly the first time I felt real immersion and became more interested in the story. I think that atmosphere needs to be carried more into other zones or small areas in the environment would really push the out of wordily entity to be something that should be feared.

For example of a good moment where atmosphere could be pushed is with Elder Pannion. He literally gets corrupted and devoured by the Void. Why can’t we hear through the zones before we get to him something talking to him? Could be words of madness quietly whispering in distance. As we get to him he finally snaps and gets completely consumed. This little build up would be pretty freakin’ cool and would change the feel of our interaction with this boss. It also begs the question that there might be something bigger at play that we are putting our toe into.

TLDR:
Void immersion needs work but game is going in the right direction with new art, monster design and voice acting. There is a lot of opportunities to take some boring areas/zones and revamp to make their really spooky which helps “build up” for boss encounters.

Top build: Acolyte with Bone Harvester. Everytime you harvest some corn, it summons skeletons that help you carry the corn home.

I would play this so hard!

That being said, the new revamped enemy designs (enemies that crawl from under the ground to attack you and those void ball spitter things that look like they are part of the environment as examples), revamping of zones (void corrupted structures, void goop moving) and the eerie thing that talks to you in the temple of Eterra definitely is going into the right direction.

Yeah, the new Temple Of Eterra is very atmospheric. I really like the sound of the whispering voice.

Also EHG did an awesome job in monster design.

BTW, did anybody recognise the big monster in the background when you travel on the surface in the Ruined Era for the first time? Since when is this in? This is soooooo awesome!

On the enemy identity/ motive theme:
I saw a film review on YT recently that pointed out what makes some films good and others bad. One aspect that a film needs is the strong motive if the main character. It has to be clear what he is doing and why. It’s not necessary to follow this path for the whole plot. But it is essential that the viewer is introduced to this at the beginning of the story.

This adapts to video games as well, imho.

Here’s the link of this very interesting video: 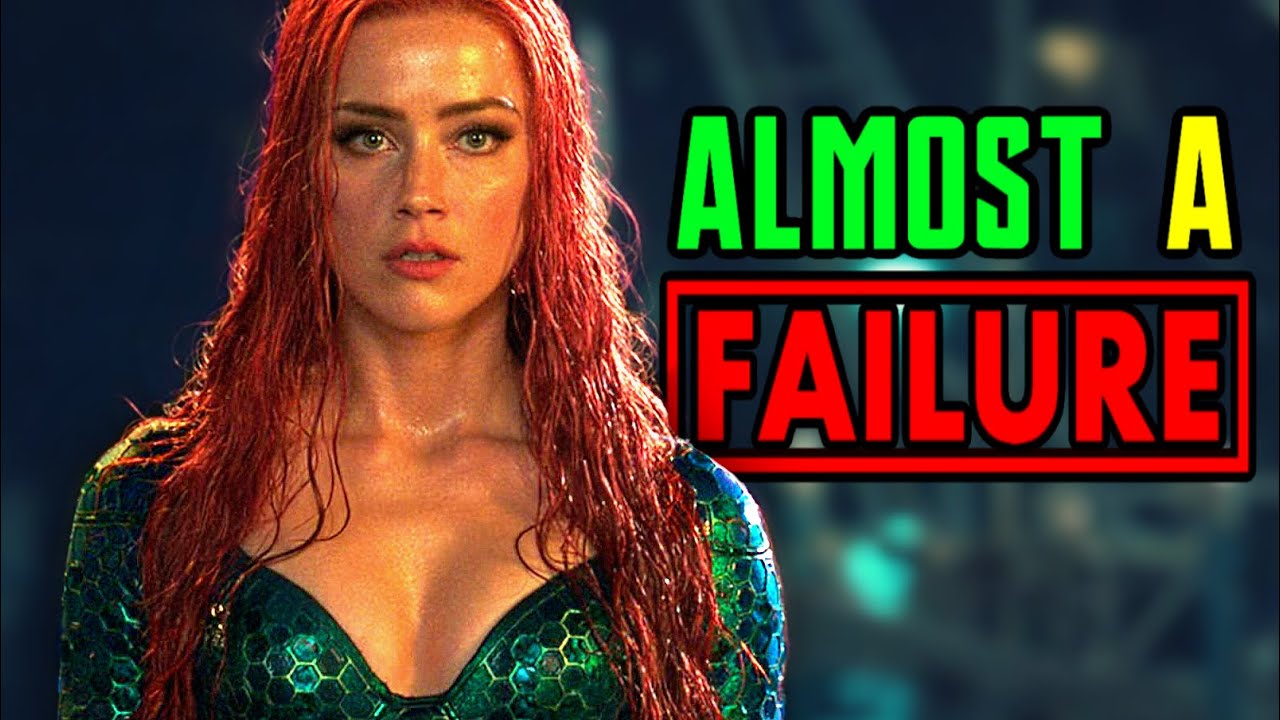