Epoch Builds Build Compendium, High Quality, Curated and Includes Some Of The Best Minds In The Community

So I was asked multiple times to aggregate my builds into one neat package, and that’s what this is going to be today. This is a compilation of every build I recommend for having fun in the game! So some of these builds are DEFUNCT, that means the build either, 1. No Longer Works, or 2. Needs Updating. Because of how many builds I go through each patch, I will be keeping this post updated to its fullest capacity. I am not the new at the forum, but I am far from experienced.

Note : If you just want a planner, and want to support my work without having to watch the video, just like the video. That’s all I ask for, as that’s currently the best way to tell YouTube that my work is worth your time!

So for the rest of the build guides, I will be collecting them here. Some of them are defunct, some of them are not. Some need updating, some don’t. This is more of a collection of meta data for someone who is looking to make their own build, and want to find a specific build archetype.

Thank you guys for making this content creation thing more of a reality every day. Hopefully this can work as a strong new player resource for years to come, as I keep updating and fixing it. If you want to make any suggestions, please leave a comment down below or join my discord here at https://discord.gg/tGqngsB . If you want to make a suggestion for a build you want to see, leave it down here as well! I don’t check the forums often but I plan on adding every single build guide I make on from this point into this post. Hopefully it doesn’t lock on me.

Thank you very much for your work here. Keep it updated next patch mate. Cheers

Which one of them would you say is the tankiest? I have been thinking either about the lich, bleed pally or minion FG as something next to try but can’t make up my mind.

I would say bleed paladin myself.

The builds seem great so far but could you please include loot filters? Not one seems to include a loot filter from what I have seen and that goes a long ways to help a build. Not everyone needs a leveling guide (although that can help a lot of people) but a Loot Filter can make a Huge Difference towards helping get through a build. Using someone else’s loot filter that can be comparable never works right.

You can get a loot filter from the build planner. 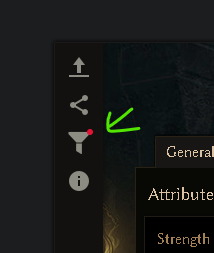 AHHHH! Thank you! I never knew that! That’s Great!