The Dread Shade Base Skill is draining more HP that stated in the Tooltip, it kills the Minions in Town. It’s listed as 3% Max HP Drain per second with a Skill Duration of 20 seconds, so I assumed it would drain a maximum of 60% Max HP from the Minion.

But the HP% Drain seems to ramp up after a few seconds which ends up killing the Minion. This was done without any specializations to the Dread Shade skill.

Is this an intentional design or a mistake in the Tooltip for Dread Shade? 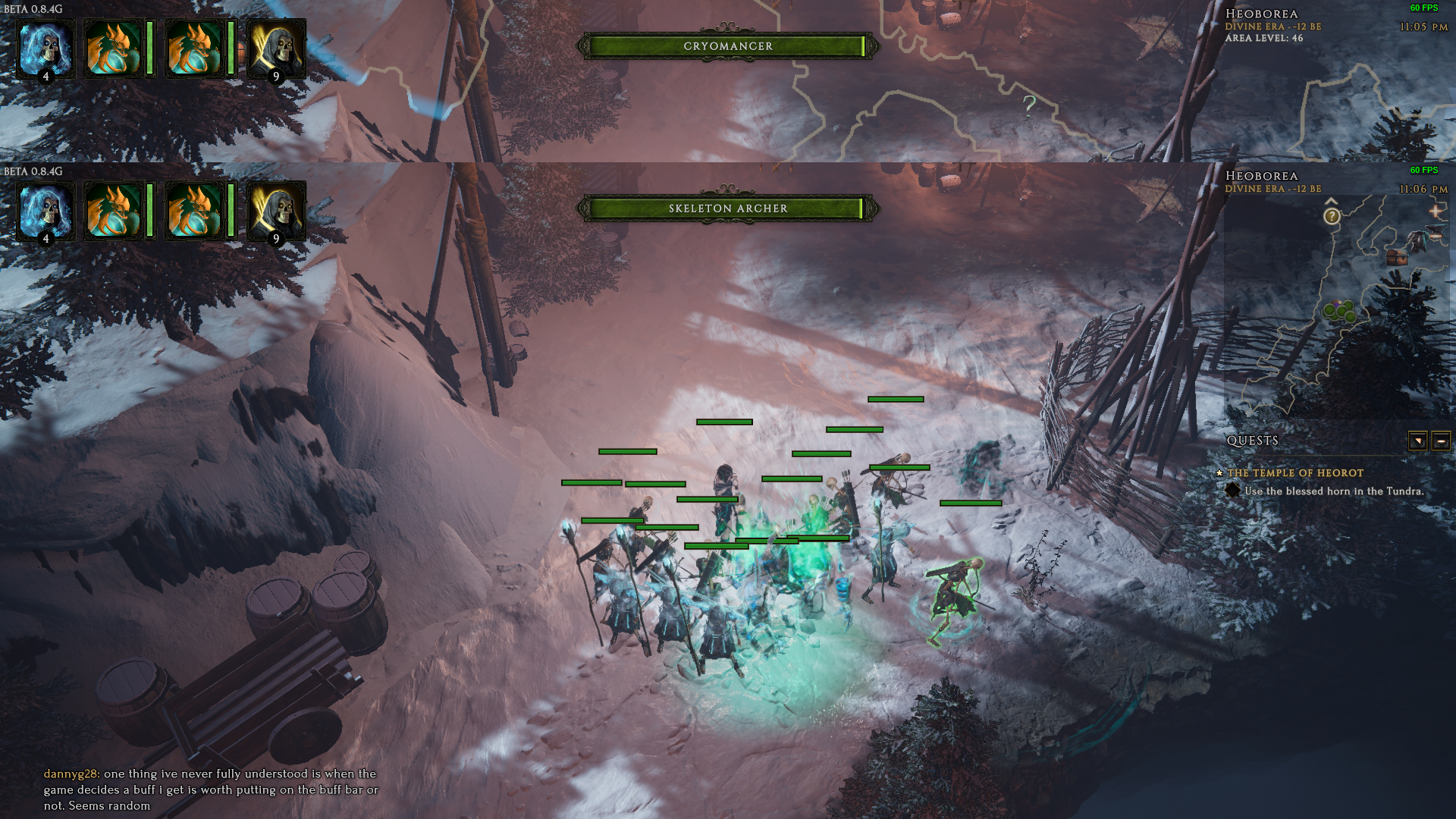 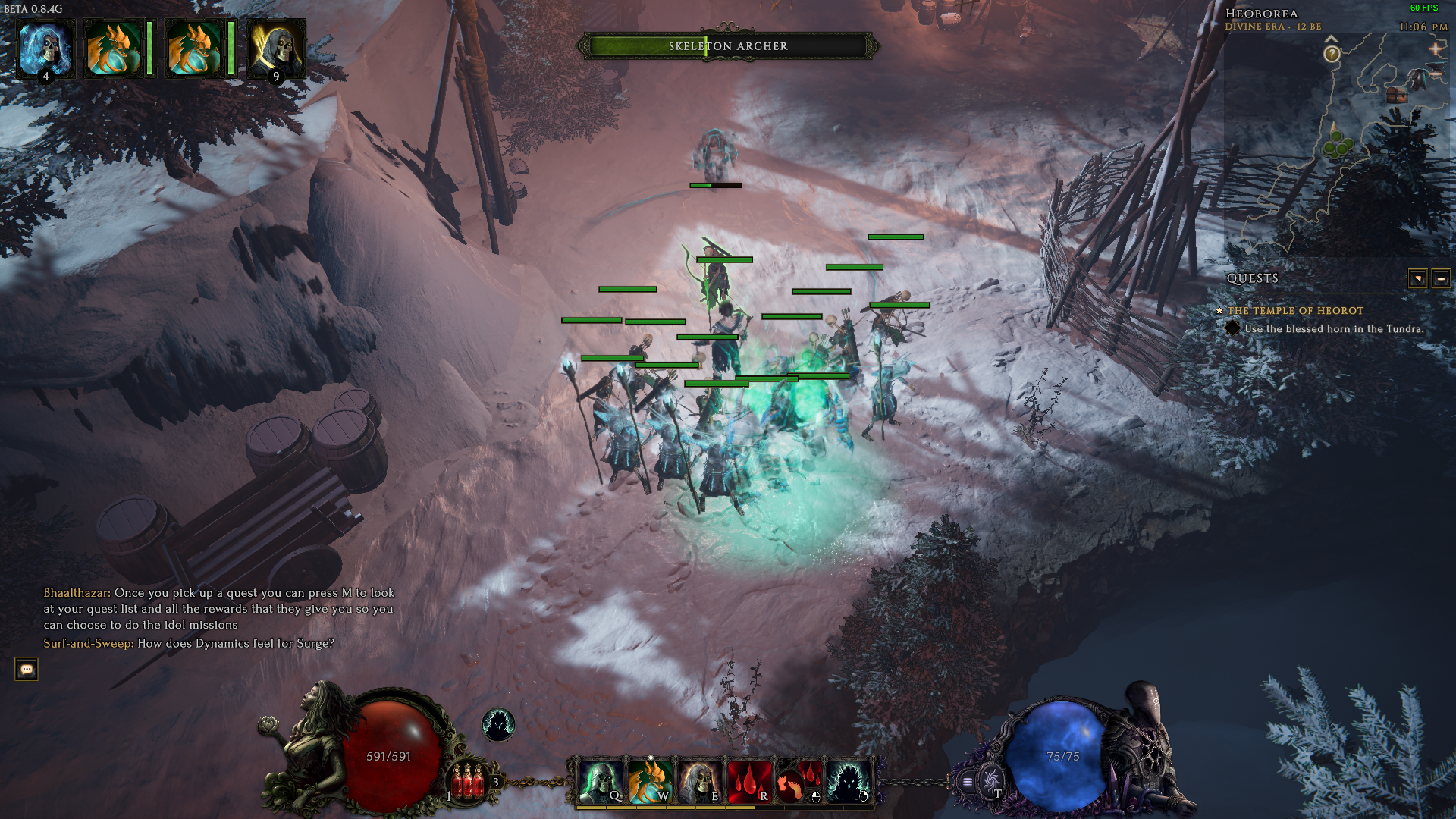 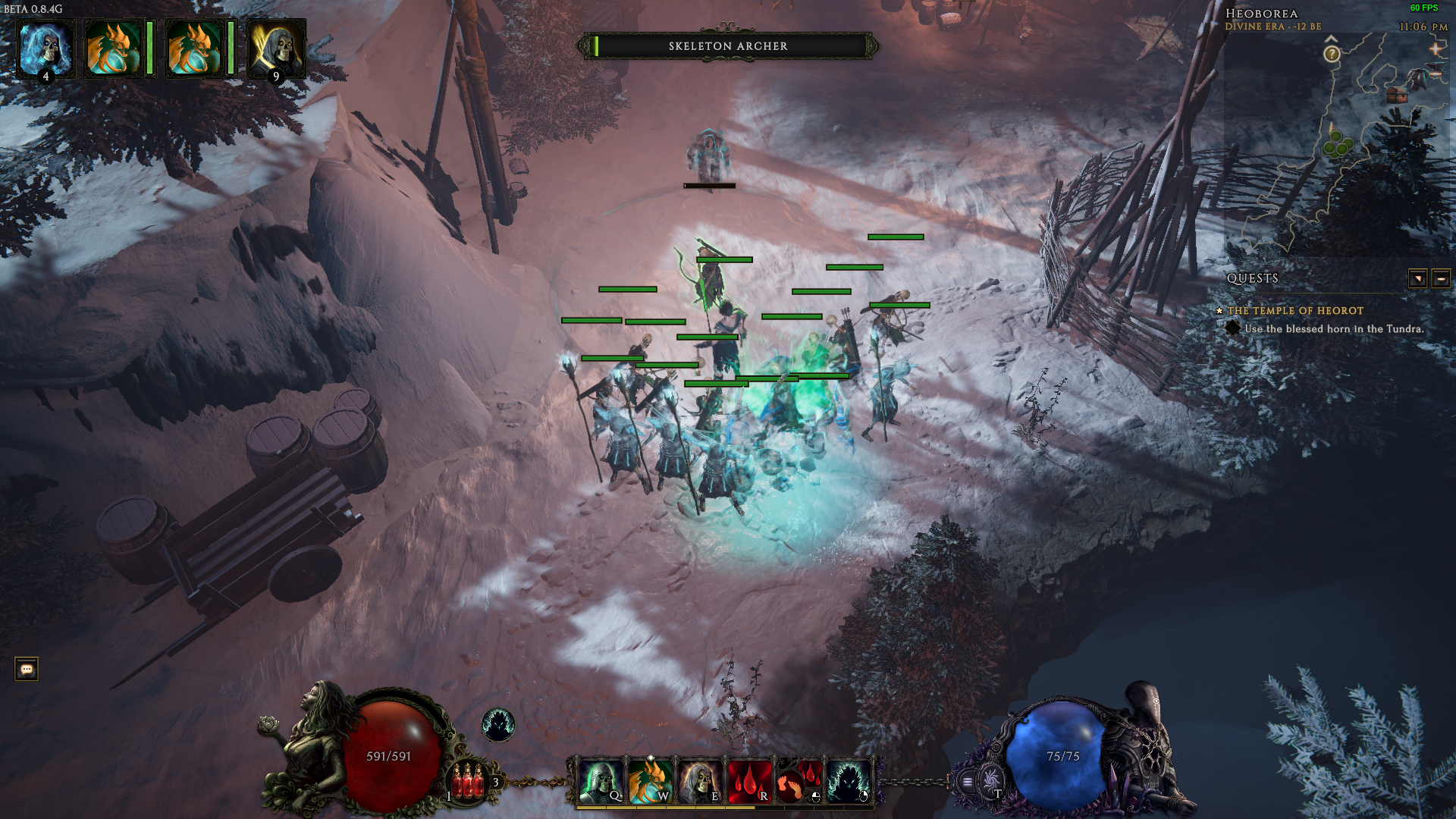 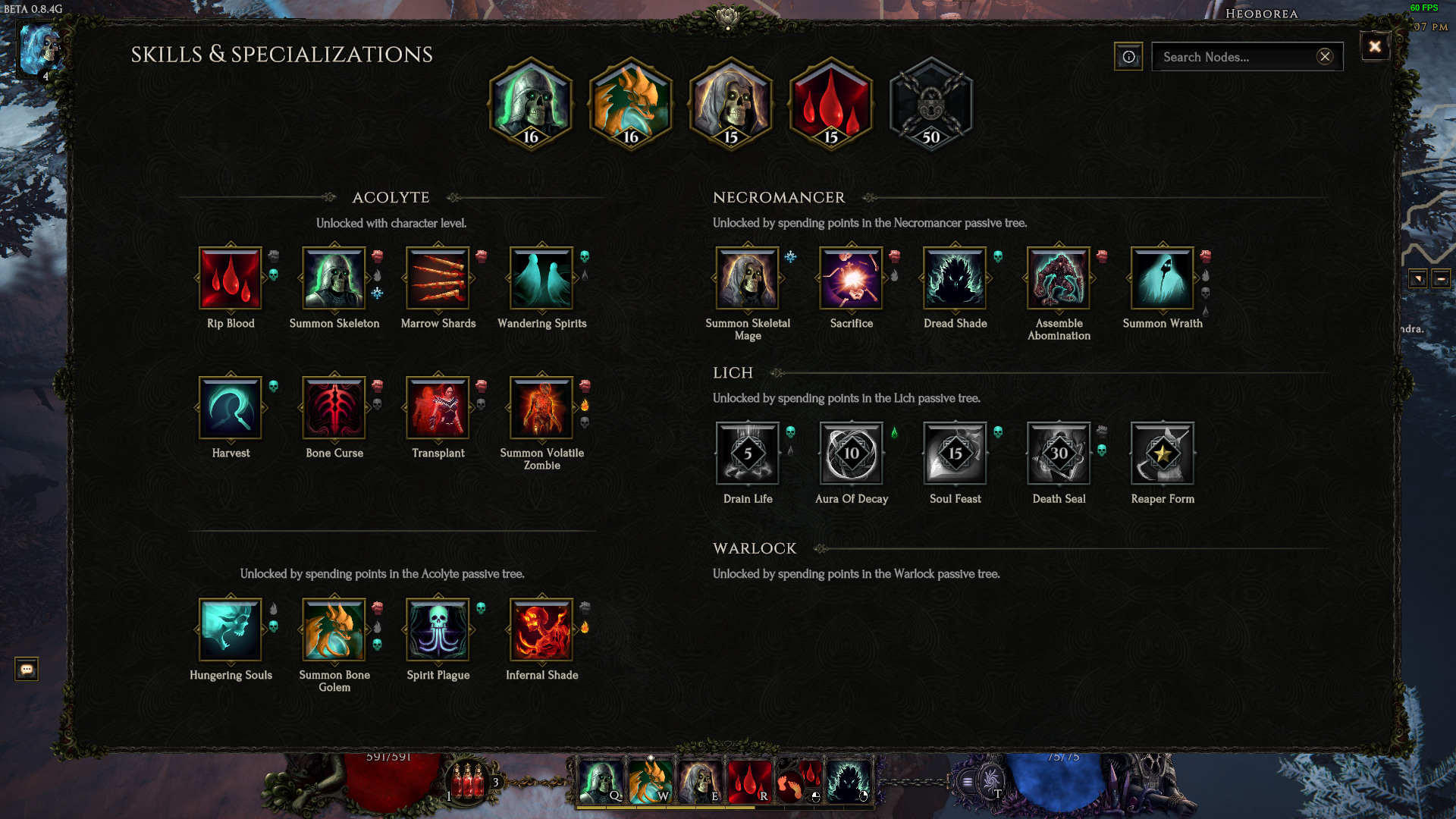 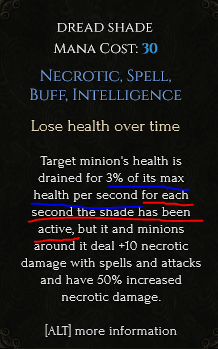 Then does that mean the tool-tip needs to be updated? Because it seems to be implying that it will drain 3% of Minion’s Max HP per second for as long as the shade itself is applied to the Minion. With the base duration of the shade being 20 seconds, which I inferred it as a Total Max of HP drained would be 60%.

If there is suppose to be a ramp-up of the HP% Drain, it doesn’t seem to be directly implied in the tool-tip. So, does that mean the tool-tip needs to be updated to something like '3% of its max health per second and increasing 3% for each second the shade has been active."

Because I was looking at videos from 0.8.2 Dread Shade Builds and they don’t appear to be ramping up. I was checking before the added node of having only One Active Shade but instead of draining HP, it just boosts Damage Taken from the 0.8.3 Patch Change. Because most builds that I have seen either use that node or the everlasting poison node or applying them on volatile zombies which don’t appear to live the full 20 seconds.

IMO, as a native English speaker (with a physics degree, so used to things that say “per second per second”), no. The tooltip is worded correctly.

However, I accept that for non-native speakers, and those with, less science-based backgrounds, the wording isn’t as clear as it could be (though it is technically correct).

I don’t believe that the functionality of the hp drain has changed (but it’s been a while and I could easily be misremembering) and many builds that use Dread Shade also stack as much minion hp regen as possible making it somewhat harder to spot the accelerating degen.

Most of the builds I’ve seen so far either use the Node for Everlasting Poison instead of HP drain or Lone Watcher, for increased damage taken instead, so almost none of them use the skill without the hp% drain being changed to something else.

But the statement you just made seem to contradict each other. Because 3% hp per sec PER sec would imply that it would indeed ramp but that’s not what the tool-top is saying, it says 3% hp per sec FOR x seconds. Which are two different calculations. Because based on your interptation, the total hp% drained would be 630% over the course of the entire shade’s duration, unless it was reapplied at certain points.

So we are just making two different assumptions but since neither of us are a dev or rep for the game, it’ll be their determination if this is working as intended or a bug.