Constant crash at the same location in The Waystation Complex 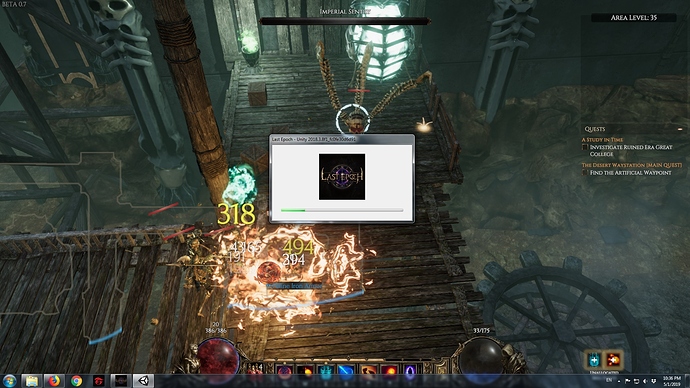 I’ve crashed at this same location for 5 times, cannot proceed anymore… This is in the Waystation Complex. I guess I have to make a new character now.

We’ve made a change which may mitigate this in 0.7.0b. Please try again!

If you’re still having issues, you can help us find the issue by uploading your log file and your system information. A potential workaround is to go into Graphics Settings and set Master Quality to Very Low.

Setting to low actually helped me as i crashed too

I have also crashed 5 times in “The Maj’Elka Waystation” (playing on 0.7.0b ) and I’m unsure whether I can even get past this point.

The crash occurs shortly after the point where you first start moving up some stairs. Once I get to the short wood bridge and see that single skeleton-dog-monster (Avian Chimera ?) waiting behind the bridge that’s when I usually crash. I think for me it’s slightly before the point that OP has shown in his screenshot.

2/5 crashes were while teleporting with “Transplant”, but the other 3 times I was just walking so I doubt it has anything to do with the skill.

4/5 crashes I had minions (2x blood golem) active. I specifically tested once without any minions or buffs active -> just walking -> still crashed.

Edit: Master quality set to very low was the “solution” for me. Wish I had known that earlier.

I Have the same bug on a mage about the same place, but Very low helped me.