I saw someone else made this bug post in February, but did not have the output_log file included. My instance was also slightly different than the previous bug report which involved the Rune of Cleansing. Essentially the same result happened.

I attempted to craft my equipped weapon while I had a full inventory. When I Right-Clicked my weapon to return the item to inventory (which would work if I had space)

Upon relog, my weapon I had originally placed in the crafting window disappeared. 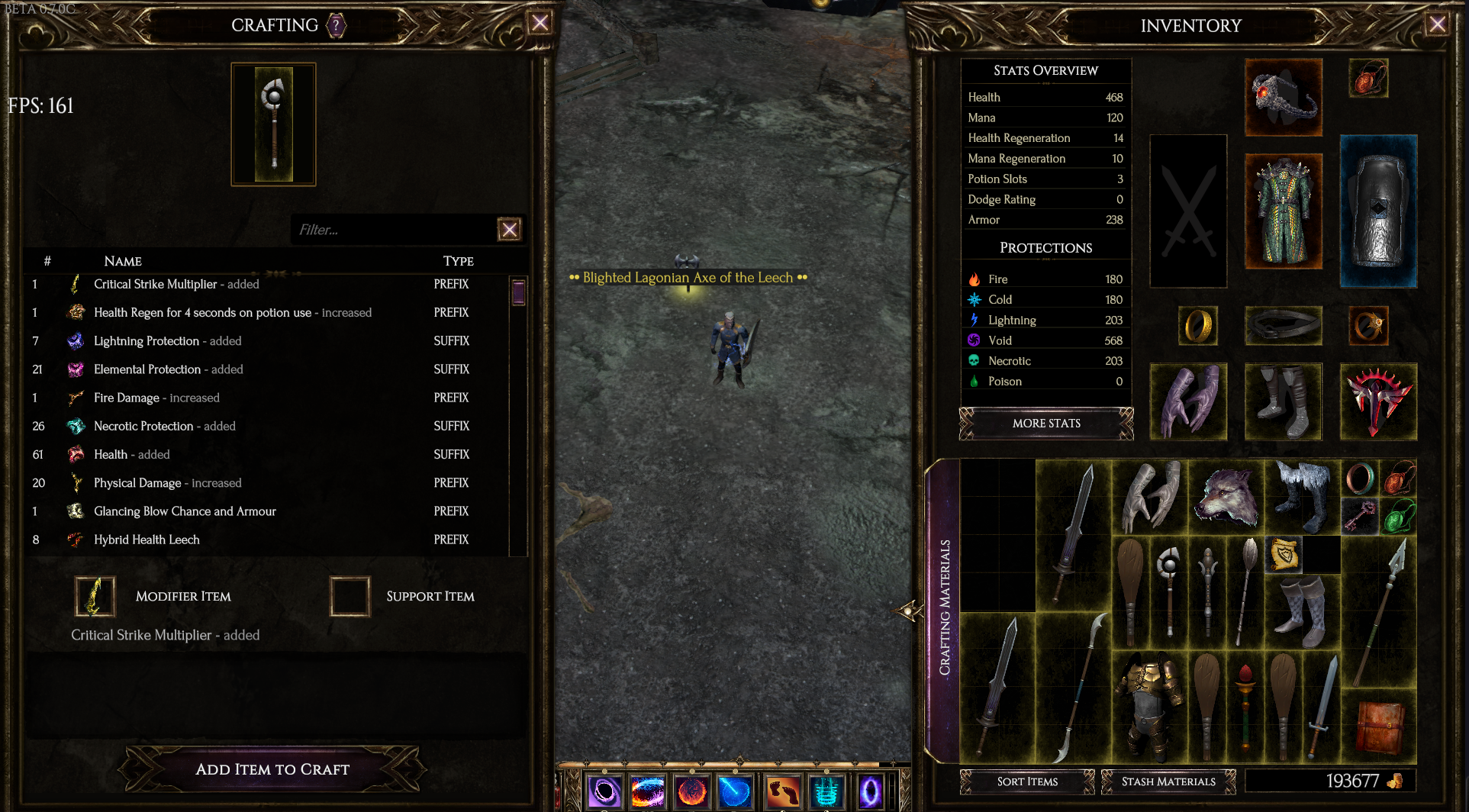 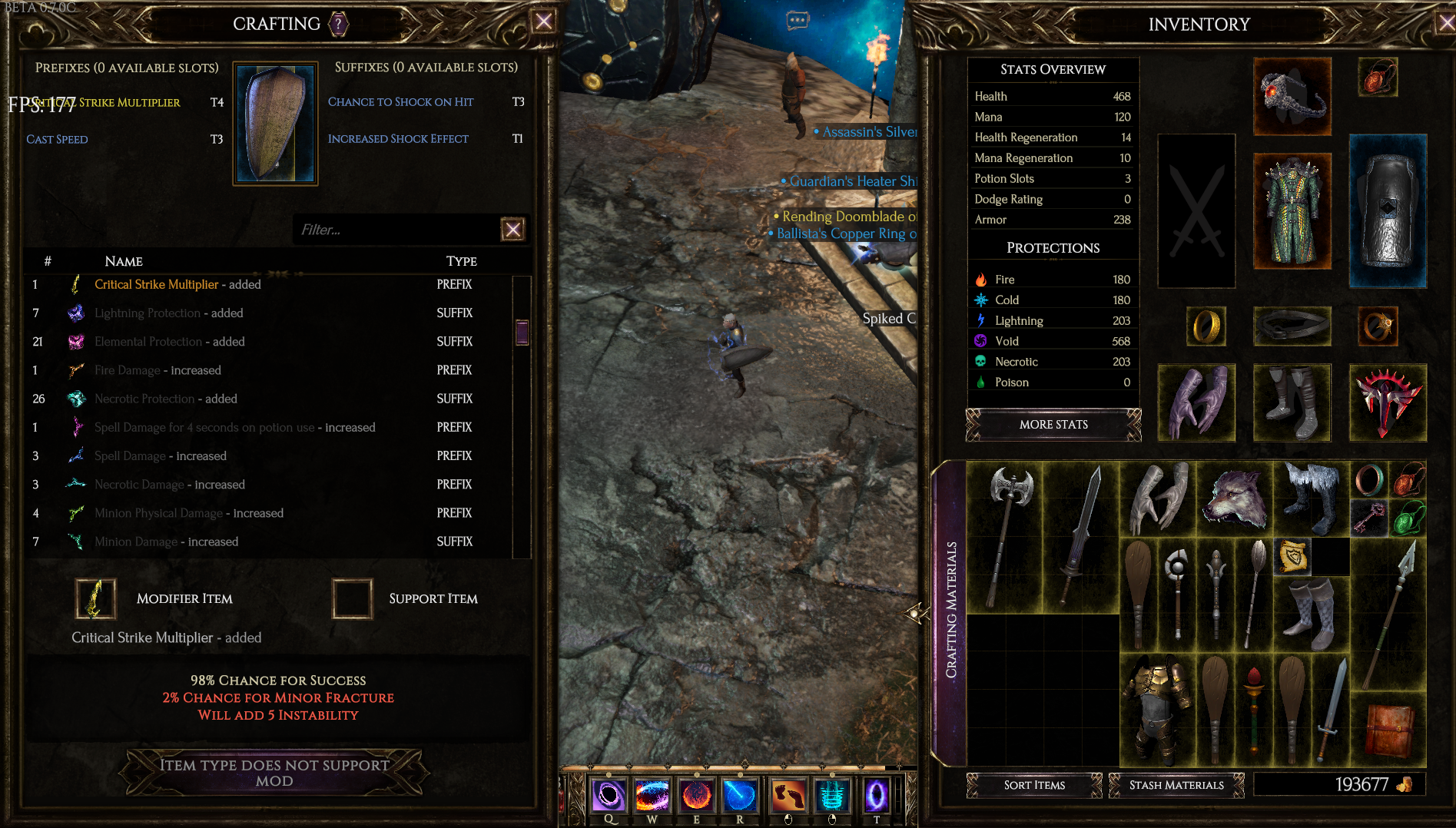