might want to … undo the patch as it broke several things

Monolithe chest only give 1 item
Blood Tether has infinite duration again (even after death).

The chat fixes are great though

chat is so much better now at least!

New patch has a few bugs.

In dungeon when trying to drop rare items it just duplicates it.

Playing mage and randomly my hp will just start dropping until i die. Doesnt matter if in combat or town. Relogging fixes the issues but after a few dungeon runs its back. wasnt doing this before todays patch.

Hope this feedback helps you guys are awesome!

Had this as well, better not continue my HSM character until it’s fixed. And I was playing Sentinel in SC when that happened.

Dupe method, and not many shards from arena… Fix asap… Friday night ruined. ._. (Potential Rollback perhaps)
Other than that, keep up the good work, and patches. Still waiting on those performance ones. Though it has been getting better it seems.

Is there a point in playing?

I too think a rollback needs to be done. Not only can you dupe but you can actually craft more than 2 Prefixes on items using the duping techniques.

All of your account and character data is saved client side (on your computer, not on servers anywhere) - not sure what you think they can rollback?

If there’s no rollback possible then whatever’s been duped now people will have until multiplayer is added and everything is converted over to server-side.

I too think a rollback needs to be done. Not only can you dupe but you can actually craft more than 2 Prefixes on items using the duping techniques.

got any pictures or proof? interested to see what people are doing!

Except offline characters will never be converted to online, so no need to worry!

edit: I’m very tired and may have misinterpreted your post, we might’ve been saying the exact same thing with different words.

Totally forgot everything is client side haha!

Trying to replicate it, it had to do with Fracturing an item while trying to max the second pre-fix. The duped items on the ground got both prefixes but only displayed one of them on the item and let me add a third. I think when it fractured it “downgraded” it and removed the affix. When equipping the weapon it had all the stats from the 3 prefixes. 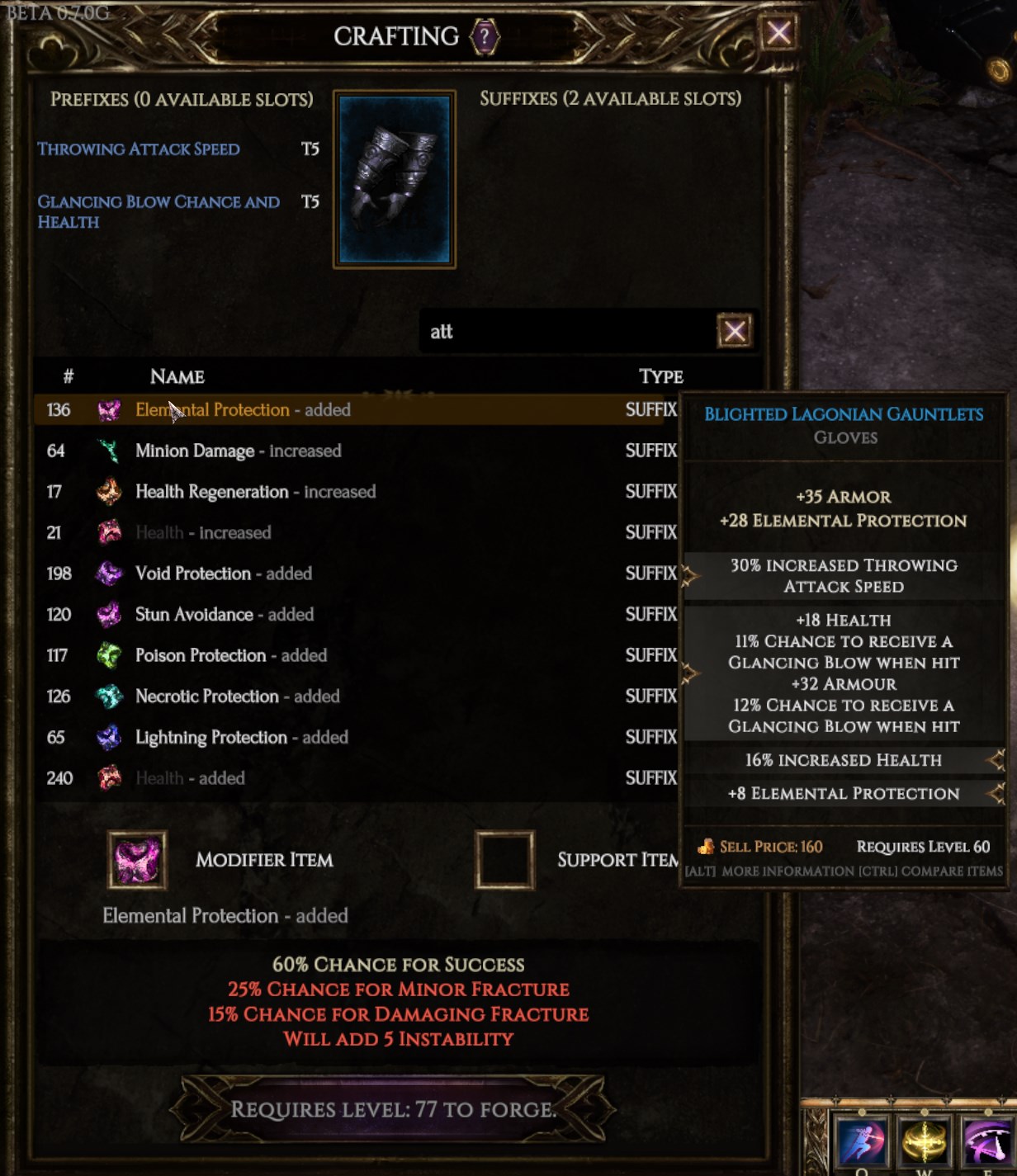 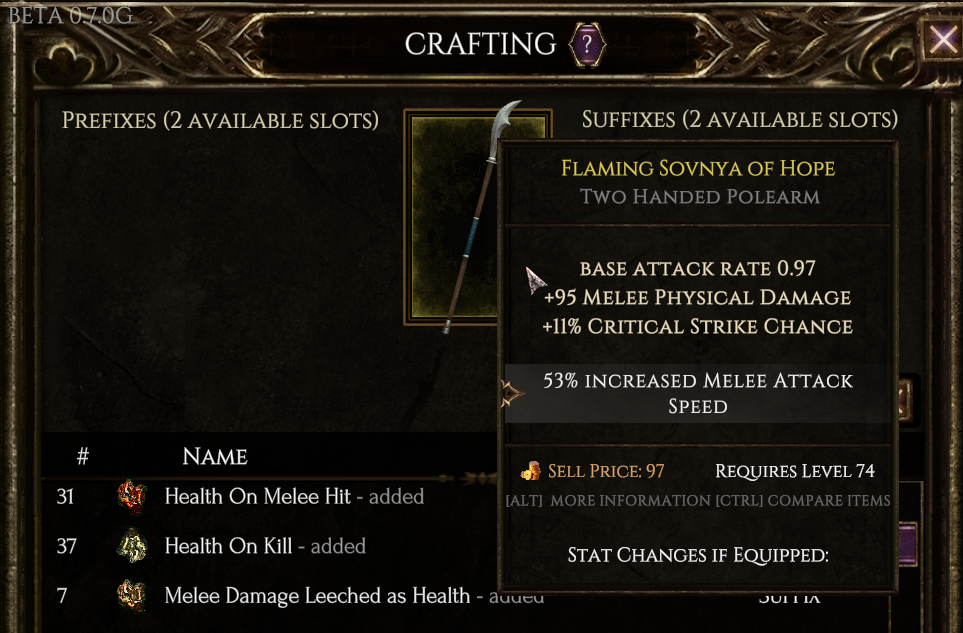 Patch every two days <3 Loving it!

Very interesting thanks for this. I hope you make a bug report:)

Keep up the good work.
I am happy to be able to help you make a great game with testing stuff in the beta!

Seems somewhat irrelevant since it’s only possible due to the current duping when you try to drop an item.

Any ETA on the resolution bug fix? It’s never “saved” and always reverts to some much lower value whenever the game is restarted/exited. Literally the most annoying right now for me.

Super annoying for me too. But they have already said they are in contact with unity support devs to sort this out. I’m guessing not everyone work as hard as LE devs

Since the last update I have the problem that once an item fractures the crafting window is bugged and I have to restart my game.