SpeedRunning Necro With huge survivability and Aura of Decay active! 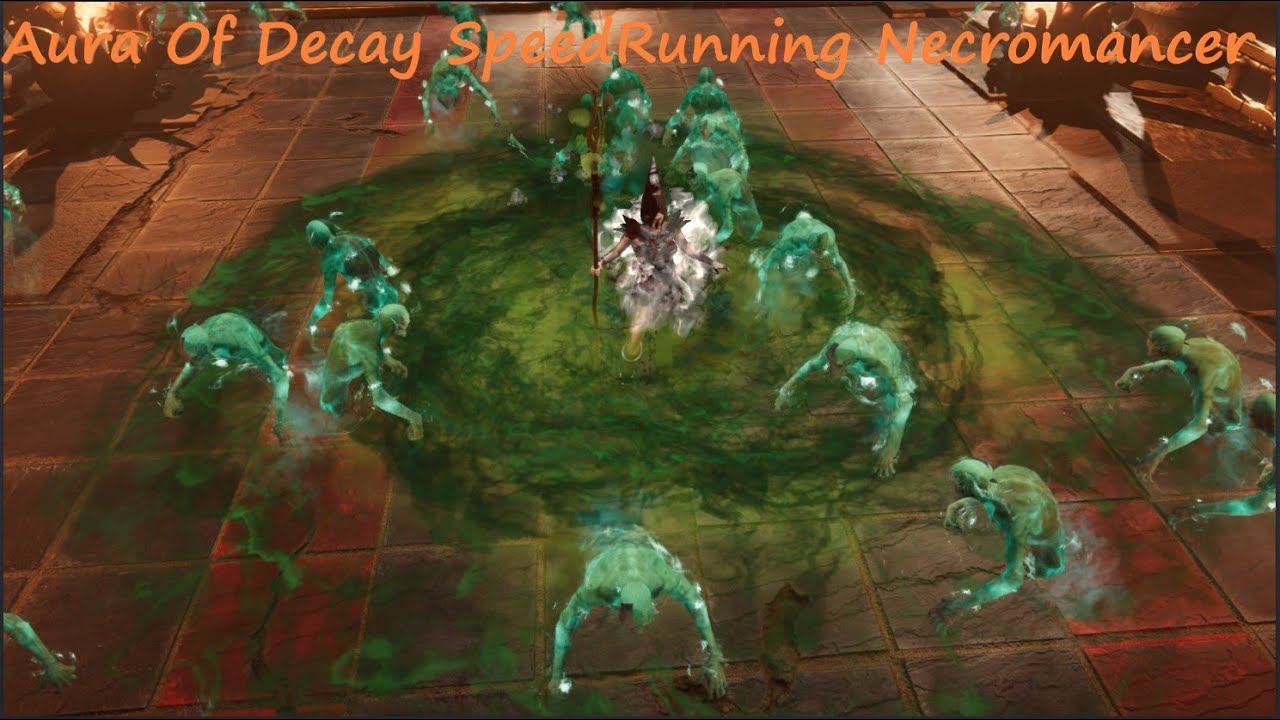 This build is almost ridiculous fun. In arena I literally just run around in circles and occasionally hit a button or two and stuff just dies. Even bosses.

Gearing and re-spec has been pretty painless l, I’d say it was the easiest of all the Boardman builds Ive tried. I do like that the new system allowed me to start skills with 9 points (started at lvl 63) so that helped get a jump start.

Luckily I had 2 of the 3 uniques, the staff and armor. I’m still rolling for the boots but this far they haven’t been necessary.

I’m currently at about half the health that Boardman shows, right around 2000 and I’m still doing more or less fine. I’ve leveled to 67 and made it to around 40 in the arena which is pretty good for me.

The most important thing is it makes me happy watching stuff die as I run around. Lot of fun.

Glad you are enjoying it. As you get the boots and more helath your surviability will go up and we will see you surpass 100 waves soon enough

@Sarno apparently i double posted this topic or at least im seeing double. Can i please get them combined

I was just about to suggest that…

I guess this build is not viable anymore due to Bone Curse nerf in 0.8. Also how the heck do you not get destroyed by Aura of Decay? I have 1400 ward without it, and 200 ward with it. I have Plague Bearer Staff and Exsanguinous but not the boots. I’m lvl 63 and I have 1509 Health.

The Aura is completely detrimental so far, I cant use it almost at all. Only for a 5 seconds at a time tops.

Ill update this build soon. Dont throw your items away

Thanks a lot, this is fun to play. Not too active playstyle, not too passive. Just perfect for me. Mobs die from just running around, and for bosses you need to actually click buttons. Just what I want.

I got the Last Steps boots, now its working better with Aura of Decay. Can sustain 1000 ward with Aura and some additional poison resistance from the Acolyte tree.

But I really think this build is dead now, the whole point of mastering Necro was River of Bones. And Bone Curse dont work with it anymore properly. So there’s nothing in the Necro tree anymore to support any kind of build without minions.

It is not dead. I have it currently uploading. Its a very speedy echo runner

Great! Hopefully it dont get stuck on bosses for too long lol

Well its no rogue. Bosses take time. But it ismt to bad