You don’t need to be in melee range for Focus and if you take the ranged node for mana Strike that reduces the mana gain by 80%.

So, mana strike is a melee skill unless you spec it into range. If it’s ranged it loses a significant amount of mana regen. Unfortunately, it’s just too slow to regen mana and you don’t want to be in melee range when you’ll be most vulnerable.

The idea of focus is to use it when you have a quick opportunity to channel for a second, get the burst of mana regen and then continue fighting. Focus is also a channelled ability which synergises with the other channel bonuses we have (extra protection like armour blessings).

I agree with all that, but I’ve always been faster to regain full mana with Mana Strike (not ranged, of course). Being at melee range is more dangerous, but being full with two or three hits goes faster than Focus. And to the opposite, Focus is slower but more safe if you can find a spot. That’s why I always hesitate. And finally, I switched most of my builds to Mana Strike because I prefer being fully active and because I’m not playing at high level (my highest level mage just defeated Lagon 75). I may try Focus a bit more, but it’s sometimes difficult to stay “quiet” for one whole second. ^^

I can see it being fine in monoliths and bosses, maybe even in empowered monoliths as well. You’d struggle at high levels of arena though. When you get to wave 200+ enemies start to hurt and you hit territory for one-shots and bursts of damage that will kill you in less than a second before you can react. At high arena’s it’s all about mobility, range and kiting. Having to get into melee range to regen mana puts you in a spot to die quickly.

For earlier content you should be good to go though. 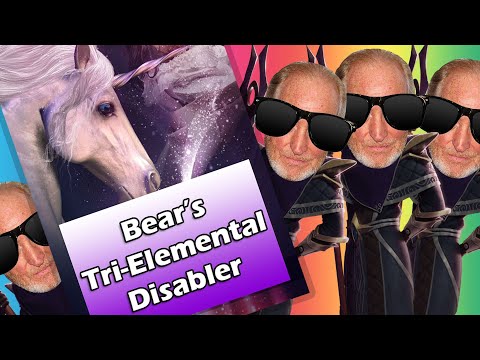 Hey man, in future please report any bugs/issues that you find in planner in this thread. It took me just 20 minutes to fix this, but I stumbled on this thread completely accidentally

Ah cool, thanks for fixing that. Will do!

Intriguing build… gives me some incentive to level up my sorcerer…

All ward builds make we wonder if ward is eventually going to get a nerf of some kind… Facetaking Lagons attacks one after the other without moving is so OP its joyous to watch… especially after all the kiting around most builds have to do.

The buildplanner has been updated for Lightning Blast. It is significantly stronger now with points shuffled into the Shattershock node. LB now deals about 3x more damage than previous at no cost to survivability or mana. Overall, the build is dealing almost twice as much damage now.

An interesting note is that when Lightning Blast is cast by Arcane Ascendance through channelled hits of EN rather than LB alone through AA, it seems to cost significantly less. Using LB to be cast through AA when you attack with EN makes your mana last longer than casting LB alone through AA.

My guess would be that when LB is channel cast through AA when you channel EN hits, it only takes an upfront mana cost and LB is mana-cost free thereafter. You’re essentially channelling EN + LB at the same time but only paying EN mana costs for it. I may be wrong though but as it stands EN + LB + AA is cheaper mana wise than LB + AA alone.

LB is dealing almost as much damage as EN and as a result I’m renaming the build to Arcane Elemental Blast in recognition of the three important parts.

Edit 2: In fact, I can confirm this. When LB is channelled through AA it takes an upfront cost of mana and experiences no channel cost. Every 2 seconds in line with the Superconductor node in AA there is a ‘tick’ that subtracts the initial cast cost of LB. You get the benefit of LB at the cost of initial mana and no channel cost when it is cast through AA.

Thanks for your interest!

Exactly the reason I tend to go for ward builds late game. It’s just so wickedly strong when you start to hit 5k+ ward pools that you can face tank most shots in the game. I’ve fallen out of love with HP + leech builds because you’re vulnerable to many more one shots if you aren’t dealing damage,

Yeah I can post my filter I use on my Mage. You might have to make some changes to fit what you’re looking for. It targets equipment and affix shards I was looking for which you might need to change for yourself.

In terms of abilities get EN and Focus first, then AA, LB and FW.

Just to say thank you, It’s my third build after a necro and a funny hammerdin (paladin / hammer / smite).
I’m only lvl 49 but it’s a real pleasure and seem really strong. is really nice to play

So in the Arcane Ascendance tree, there’s 2 points in Slow Breathing (AA drains mana slower) to unlock Tranquility (global increase mana efficiency). Is Arcane Absorption (2% increased spell damage/cast speed when hit per hit, but also lose 2 mana per hit) not better, since Slow Breathing does nothing given that we’ve already taken Acuity (AA doesn’t drain mana)? Or is the fact that you lose 2 mana for every hit just too much of a downside?

The issue is you cannot regen mana, so when big hits happen they may overstack the very small available life pool killing you. That is why you will notice in the gameplay videos he is using focus to regain mana.

Hmm? The node doesn’t make enemy hits do extra damage, they just make you lose 2 mana per hit, but also when you get hit you get increased spell damage and cast speed.

Experiment with it, you may find something that fits your play style and gearing. Key thing is to have fun and every build will have slight differences due to RNG.

Yah absolutely, was more curious if he had tried it. Not gonna matter at my level atm, as nothing is getting remotely close to me lol.

Ah okay, yea that is a question for him. I was giving general answer based on the nodes and have a different EN blast build with similar yet no way near as tanky as this. I cannot stand the channeling aspect.