Are the graphics going to be improved at some point?

I was watching a popular streamer and chat was saying it looks like runescape circa 1999. Now i can’t unsee it.

I put alot of money into kickstarter for this so don’t just write off my opinion please. It’s a serious question

Are the graphics going to be upgraded/overhauled at some point to be more this decade looking?

Developers are constantly working to improve the graphics.

Check out this recent developments blog about it:

If my old laptop Asus ROG can improve the FPS (yesterday was 25 with everything in low grass disable) after this patch…I will love you so much.

Thanks but that was to solve performance issues they had introduced as part of their own design, not what i’m referring to

TL;DR – Ask yourself this: Did you see this “issue” with graphics before the comments in chat? If not, then it is quite likely that the hyper-focus created by the criticism has made the graphics appear worse than they are [thanks, psychology]. And from your post, it seems like that is exactly when you started having issues, not prior.

Let me make sure I understand: You were watching a streamer, and the chat said something, which has caused you to become distraught over the graphics – correct? Have you played the game yourself recently? Have you ensured the streamer did not lower the graphics? Did you consider what you think (and thought) about the game, rather than falling into lock-step with what chat thought?

What I have seen looks nothing like Runescape ~1999, although I did just watch a recorded stream where the streamer later mentioned in the comments that they had lowered the graphics before streaming. I do not agree with the chat, and I do not agree with the idea of stressing about an aspect of the game solely because some people had a negative opinion. There will always be negative opinions about everything, no matter how good or bad. Do no allow the winds of the internet to change how you feel about a project you backed.

The graphics are not 2020-level graphics that the newest cards are going to overheat trying to render out, but neither are they near 1999- or even 2005-level graphics. IMO, from what I have seen, the game looks decent enough for the style of game it is.

are you asking if they’re going to change their design/art style? 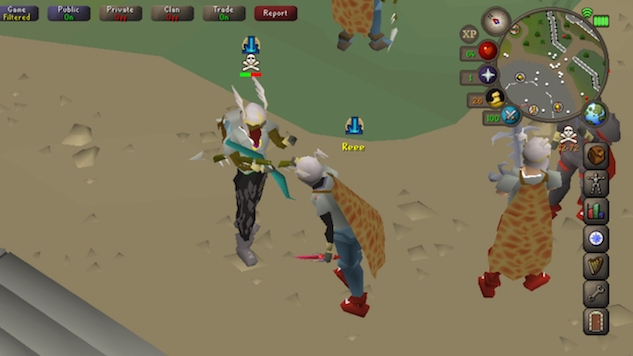 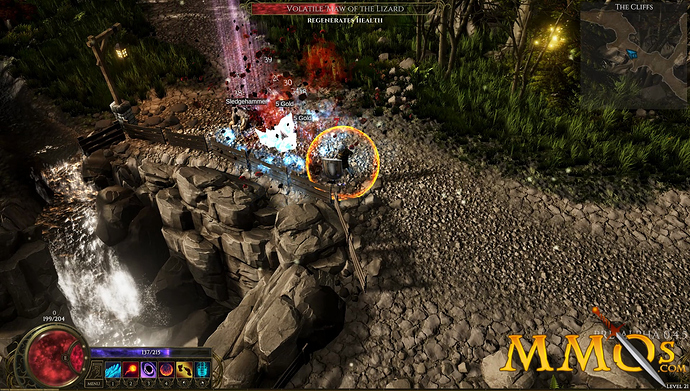 Are you being honest with yourself?

Obviously they were exaggerating as a joke. But it does hold some merit, they are not modern looking graphics.

Just wondering which answer it is (or maybe something in between)

I’m playing on the ACTUAL runescape graphics because I haven’t bothered to install my video card yet (have to rebuild my computer in a different case to do so) and it still looks ok and miles better than runescape. I like the highest end graphics, and I’m kinda glad they have some deviation from the “modern” standard of graphics which to me lack character.

Hey all we will be continually improving the graphics as time goes on by continuing to make higher quality models, improving lightning, upgrading VFX and fixing issues with any existing ones. The example that was posted above was our game over a year ago and a more accurate look at what the in-game graphics look like now can be found on the media page (I’ll post a couple) https://lastepochgame.com/media/

If you’re seeing streamers with graphics that look worse than what you’re seeing there, they are likely playing on lower graphic settings.

Seriously how could a game using the Unity engine look like last century graphics? Answer: it could not. The graphics are fine unless they have them turned down to low for whatever reason.

Optimisation reason :). LE is the only game that makes my GPU go pretty hot for whatever reson. So I rather play on Medium with some visuals disabled rather then grilling my GPU. Still it’s far from looking bad and some people simpley strange when it comes to graphic standarts. Diblo looks meh PoE looks like hot garbage but I’m pretty happy with LE. Tastes differ as it seems.

Unity has nothing to do with it, it’s just a framework

Hey all we will be continually improving the graphics as time goes on by continuing to make higher quality models, improving lightning, upgrading VFX and fixing issues with any existing ones. The example that was posted above was our game over a year ago and a more accurate look at what the in-game graphics look like now can be found on the media page (I’ll post a couple) https://lastepochgame.com/media/

If you’re seeing streamers with graphics that look worse than what you’re seeing there, they are likely playing on lower graphic settings.

Speaking to the graphics, I think they will be fine, if not great, in time. I am excited for what’s to come for the game.

However, I would be remiss to not comment that I continue to be concerned about the fluidity of the game engine. It is something I raised on the forums a few weeks (or months) ago. Many people, and particularly those voicing their opinions on steam, are having a very difficult time running this game. Personally, I cannot even play this game unless it is in 1) windowed mode; 2) at a very low resolution; 3) and with all settings taken down to minimum.

If there is something that needs to be targeted as high priority, at least from a consumer standpoint, it would be getting this game to run smooth as butter. Hope this hits home somewhere, because even with the best graphics or features you will implement, it ultimately does not matter if the average user cannot run LE.

I don’t have a problem running the game on max settings. It runs FAR smoother than PoE or GD (actually about the same as GD until you enter a new zone where GD will have a very fractional burp). Not sure why people are having problems running it. It doesn’t seem to be a resource hog at all.

People have to understand that "stunning "recent games graphics come with big AAA studio devoting years of work, with teams composed of veteran, to reach such finition, EH is a small team company, and they are doing a great job at games mechanics which is in my opinion were Player Retention is.

I’m pretty sure they will gradually improve the visual aspect but for a beta, its playable, with enough build diversity to try, i agree is feels really unpolish now, laking of details, better color palette, some unwrapped textures or too scaled, but the core game is here so just wait for the evolution^^, PoE was also a bit crappy at Beta stage, now they improve shaders, particles, water and a lot of other details.

Imo i think even sounds and polishing animation is more the way to go for now, that whats give deepth and dynamic, than refining allready the graphics but, that’s it^^.

I actually like the graphics. I had them on ultra yesterday and was playing on my tv w/ a controller and the game looked pretty great.

Couldn’t agree more, optimisation should be priority over graphical improvements from now on (just my opinion)

Personally i think the game looks far better than Grim Dawn or PoE when set to 4k with Ultra settings, with that being said even my 2080 ti and 8700k @ 5ghz cannot play this game with decent frame rate at those settings.
I can manage 60fps with Low to very low settings at 4k with occasional fps drops and i’m sure there is a micro stutter every 5 seconds.
I think we would all welcome a more smoother experience rather than introducing more post processing effects and the like which will only end up causing more performance issues.

I don’t know why optimization is being confused with graphic quality. That should be a separate discussion.

For reference, here’s your competitor, and what they’re doing graphically. It looks great. Animations are fluid, the art has great depth and detail. Doesn’t look cartoony.

[DE translation] [RU translation] [FR translation] Hello everyone! Here is a quick follow-up on our progress for Content Patch 1 planned for May 30. Creatures Cultists The Cultists of the Sleeper are led by Demons of Souls. They are gifted with soul...