An idea to bring back elemental weapon effects

For those who don’t know, early in beta LE had some pretty cool weapon effects that were based on the highest tier mod on your weapon. They looked like this

Obviously, this was VERY COOL!! However, they were removed when weapon looks got updated, which is understandable as they presumably had to be mapped to weapon shape.

Personally, I would like to see these return, but I think they could be more exclusive. Thus, my idea is that these weapon effects should return, but only for exalted items. Imagine the coolness of finding a T6 or T7 flat fire damage sword, and then your sword is actually on fire. This would both bring back a cool visual and make exalted items have even more impact, from a visual stance as well as a gameplay one.

Anyway, that’s all. Thanks for reading!

Yeah I love this and would love to see it back in LE.

Sacred also had armour glows that matched the resistance bonus’s on pieces of armour. You could use them to style your characters. I remember having a green glowing poison Battle Mage and naming him Snotmage. Simple times back then.

Imagine the coolness of finding a T6 or T7 flat fire damage sword,

Would Tier 7 Burn Hotter/Brighter Than Tier 6 so in Multiplayer we can see just how powerful a weapon someone has at a glance ?!

@QuietForMe I’ve a request for your next 3x creator packs, the P1mp set: 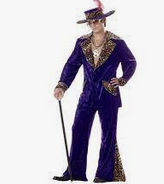 A (graphically short) staff, chest & helm with bonuses to minions, ideally added void damage & some unique MTX for said minions Summon Bear looks like the Voidfused Bear, Manifest Armour gets a pimp coat & pimp hat (either like the above or a velour tracksuit with +10 to chav power) as do the Acolyte minions (who also do gangsta rap while they’re summoned, or get someone’s who’s slightly less painfully white & middle age than me to suggest voice lines for them to refer to each other).