Does attack speed do anything for Explosive Arrow’s Aimed Shot at all? My understanding is that no matter how much I have, Aimed Shot will still take 1 second per enemy pierced. This is fine, except that the Marksman’s mastery bonus is attack speed, which becomes completely wasted with a charged shot. It feels a bit bad if that’s the case.

Not really for the channelled version, no. Since you’ll want to take 1-2s for more pierces.

So as much as I like Aimed Shot & the change in gameplay that it provides, I don’t think it’s a particularly good node to take at the moment.

After testing, I’m not sure this is correct. It doesn’t cost twice the mana, it just takes the mana at the beginning of the charge. If you release manually without starting another shot it doesn’t take any additional mana.

Also, I DO have Dark Quiver, Black Arrow, and Jade Arrow. It doesn’t take up more than a single stack of them if I release only one shot. So I don’t think that the initial use and the release each count as a use of the skill anymore.

Ahhh, it’s consuming the mana at the start of the channel, but I was releasing shortly after the full duration (firing off a second arrow to proc Suckerpunch), that might be better if starting the channel consumes everything which is then applied to the arrow that gets fired.

Yeah, so my only complaints about the charging mechanic are how half the Mastery bonus does nothing, that you can’t aim while charging (once you start you can’t change your initial direction), and that you can’t quick-fire anymore (you have a minimum charge time before the arrow fires off; firing off immediately doesn’t even release an arrow). Other than that I really love using it and Pinpoint!

Edit: Now that it’s been mentioned, though, I do think the damage is too low to justify the investment. I noticed my Cinder Strike (unspecialized!) wasn’t doing much less damage. I seem to do more now that I’ve respecced back out of Aimed Shot and Pinpoint. I would suggest allowing attack speed to reduce the charge time a bit, that would make Aimed Shot more fluid for mapping while effectively increasing the damage and solving the mastery issue. As it is it’s slower and more tedious while moving through a map, and lower damage as well.

There’s definitely something wonky with the increased AoE from Dark Arrow though. The first pic is with the black arrow buff active when the arrow is released & the second is without (because the buff was consumed by Detonating Arrow starting to channel & the first is significantly larger. 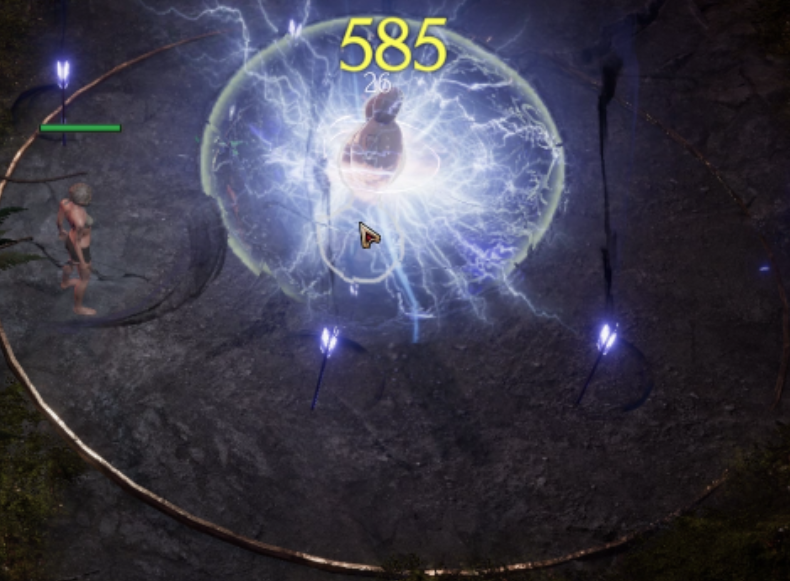 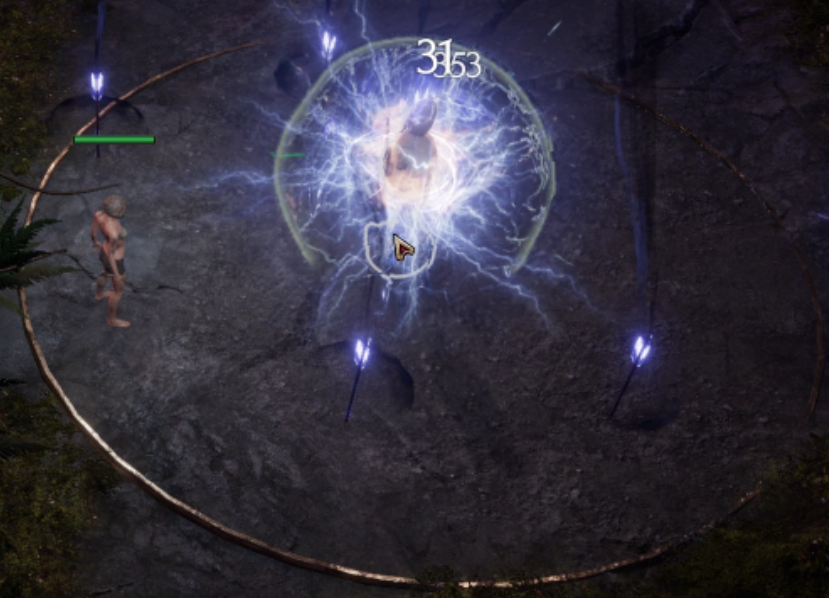