In Patch 0.7 we will be continuing to implement the Companions system. In addition to various smaller improvements - such as slightly adjusting restrictions on how many you may have out at once - we will be adding the activatable abilities for your Companions.

One issue faced by minion-focused builds is that, once you’ve summoned your minions, your action bar can be devoid of useful skills. The Companions system will replace each of your Companion-summoning skills with an activatable ability. This will only be available while you have the maximum number of that minion summoned, to avoid making it impossible to resummon them if they die. Today we’d like to show your these abilities! 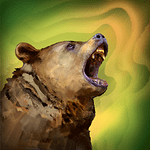 A debuff which fears all enemies near your Bear causing them to run away. 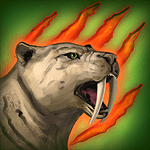 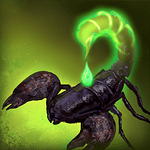 Poisons enemies around your Scorpion with 100% increased duration. 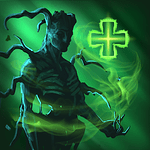 Heals all allies in a large area over time. 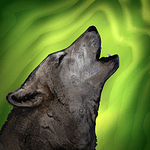 Those sound like carpel tunnel in the making to be honest.

Can I ask why? They’re not likely to be used more often than most other skills.

What a fantastic concept! Really solves the useless buttons" issue ! Can’t wait to see what you guys come up with next

(only issue i can see is how people will resummon in order to heal minions like bear, tiger and scorpion)

The buff stacks already, so that would be really powerful. Because I think the more wolves you have, the more stacks you can get.

Looks great! Really like where you guys are going with companions and having them different from necro pets

The durations and cooldowns are for sure still up for discussion.

What if the buff was always active as long as that wolf was alive? So if a wolf dies 10% gone until you resuming and then howl again? All wolves dead then have to resummon and howl again.

Making one of the activatable skills a permanent buff sort of misses the point.

That’s actually a great idea, any plan to do the same for Acolyst’s pets ?

Sounds great, imo the idea is better if the abilities are impactful and have cooldowns that don’t allow for 100% uptime, maybe aiming for 25-50% depending on the impact.

The wolf stackable buff sounds like it’s meant to be spammed, but maybe I’m just reading into the mechanics because of the word “stackable”. What if it has a cooldown that allows for 100% uptime if used on cooldown, but allows up to X charges, so that, for example if X=3, you might instead wish to save up the howls to use on a big baddy and release all charges at the same time for 30% increased damage. You would also be encouraged to coordinate your other pet abilities within this window, could be fun.

I’ve suggested similar ideas some time ago, so I really glad to see such things in development.
And I hope you’re interested in some remarks

The idea is to reduce player’s passiveness while using primalist built around companions. And active skill for every companion - is great. It also allows to add some control over companions’ actions, add some tactics which involves companions’ new abilities. But …

Get a popsicle stick

Nice that beta is ocasion to test new features, judging it before try seems some odd… Also there’s some other character prototypes, even people with fear about carpal tunnel could find something that fit their needs…

That’s actually a great idea, any plan to do the same for Acolyst’s pets ?

The Companions system is intended to help differentiate the pet classes.

While we’ll be continuing to improve the Acolyte’s minions over time, there are no current plans to either make her minions Companions or to implement an equivalent system.

That makes a lot of sense, especially considering how many Acolyte pets are temporary. Perhaps similar functionality can be added to the skill tree though? It could be worth the unlock.

Making Acolyte’s minions as Companions is not necessary, I agree. Though the goals are the same - to make minion buttons “alive”. And I agree, Acolyte has own minion features, like “Wandering spirits” or “Summon Wraith”. Skills like these don’t need discussed type of rework. But Acolyte still has “Summon golem” or “Summon Skeleton”, and these type of minions live long enough to feel their buttons “dead”.

Yea, we’re really trying hard to differentiate the acolyte from the primalist in playstyle as well as theme.

The problem is that if you have max companions but you have not summoned all your wolves then instead of using the howl ability it summons a wolf and randomly dispels another companion which is a little frustrating till you can raise your max cap. I would suggest make howling work with max total companions and if someone wants to summon a wolf then he must change another skill to summon the extra companion.

Otherwise I agree, replacing your own minions instead of buffing them just because you specced a bit weird is nonsense.

PS: Oh, and generally don’t Forget that many People like playing “lazy builds” (myself included

Also, having the acolyte and primalist different from each other is fair enough, but please enable the primalist to also be a “pure pet build”, since Skeletons and Wild Animals are a very different theme. Acolyte having many weaker minions that are very much replaceable and the Primalist having fewer, but sturdier pets is already enough Differentiation IMHO, currently I see too many “You gain damage when pets XY” and stuff on the passives for Primalists.
Or at least don’t force a Primalist Pet Build into melee. Give him a bow Option or something if you absolutely Need to have the Primalist himself being in the fight.
BTW, the strong melee Focus doesn’t really fit into his backstory either, as

He never saw himself as a fighter. He was but a simple medicine man who found peace in the loyalty of his animal companions, the serenity of nature, and the power of the storm. Now though, he is determined to harness his strength and unleash his fury.

that lends itself more towards a…well medicine man as in “Primal Caster” than the Berserker type he currently is.

It’d be sad if there wouldn’t be a nature caster and nature pet build, just because we got the bog-Standard (theme-wise, I like the mechanics you added) Necro-Pets and PewPew-Mage.

Very good points. We do plan on adding nodes to the primalist companion skill trees which will disable their ability to have active cast buttons but will give some other small passive bonus instead or for some of them, the companion will just automatically use the abilities but they will be slightly weaker. This way you can pick which ones will have passive and active abilities.

Also, that back story might need some changing, I’ll get loremaster @kqkyle in here to see what we can do.

give them nodes for instant cast too,
the auto cast + reduced damage is for lazy people, instant cast is for people who can manage the rotations.