If anyone wants more info on this build or more of a breakdown let me know and I’ll try to put something more informative together with a build planner. Just a note, my gear is pretty bad so there is a lot of room for improvement in damage and defense.

This is a pretty crazy Druid build that uses minions and Locust Swarm to trigger a bunch of buffs and other skills. With the passive to make Locust Swarm scale damage with minion mods we can go full minion gear. Locust Swarm is like a big Righteous Fire aura but with Locust!

Main skill is Swarm Strike that can consume as many Locust as you can summon, don’t worry more respawn immediately. It takes them and turns them into a Swarm around you, this build uses the Soaring Scourge passive to make the Swarms damage scale with minion mods.

Other main passives in Swarmblade Form
Soaring Scourge of course to make the Swarm scale with minion mods. Viper’s Call to make the single target attack use Serpent Strike passive skills so we have things like armor shred frostbite and 18% cull on single target. More Area and Duration for the Swarm. Water Strider to make Dive, the movement skill, give multiple Maelstrom stacks, this gains buffs for increased attack speed, movement speed, and dodge, plus Maelstrom is a second damage aura that does quite a bit itself. Inspiring Swarm to make my Scorpion companion use his Poison Nova which then places a Poison Pool to buff minions and us. Frost Bites is the cold conversion passive. I would suggest max points in Grand Colony and Hive Mind to keep as many Locust out as possible when consuming them.

Other skills, items and passives that tie into Spriggan Form
We use the Toxic Reach passive from the Druid tree and Eterra’s Path unique shoes to auto summon 12 minion Vines that scale with the same tags as Locust minions and Locus Swarm. It’s damage is also converted to Cold and it’s Poison is converted to Frostbite via passives.

Spriggan Form passives
Since we auto summon Vines, this is where I put 3 points into Garden of Rage for +3 Rage Generation per Second per Vine, we’re always capped on Rage since we always have 12 vines out. These are also converted to Cold with Ice Branch.

Scorpion Companion passives
I used while testing, took all the single companion passives to buff it. This one can be used as anything else really though. I’m currently playing around with the Scorpion auto using the Poison Nova when we use Swarm Strike to make our Locust Swarm, it leaves a Poison Pool that buffs minions and our attack Speed. It also has an option for full cold conversion with Cold Blooded.

Maelstrom passives
This is just an small cold damage aura that we auto proc multiple stacks of when we use Dive, but with passives for 30% increased movement speed 20% increased attack speed, and +45 dodge per stack of Maelstorm this is super helpful and you end up with tons of dodge at 20+ stacks. 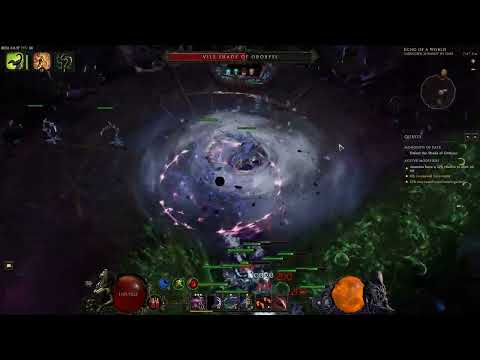 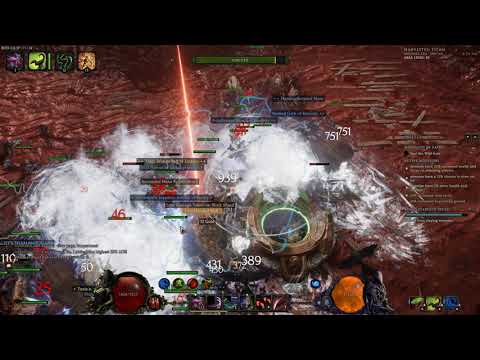 Hi, happy to see the build ideas shared in the forum.
If you want to improve the DPS of LS (locust swarm) even further, I have a few personal suggestions.

1.For LS single target DPS, the LS talent point Bloodlust Swarm is a very critical source of INC. By stacking minion bleed chance and duration, so that minion inflicts hundreds of stacks of bleed on the enemy, which will make your LS gain more than 5000% INC
2. LS is a melee tag skill, which is very important, meaning it can get 100% MORE from primalist’s Passive Berserker by maintaining low health.
On the other hand, LS can also benefit from debuff Doom’s melee damage taken. Typically we get the chance to hit inflict Doom from Siphon of Anguish or Apathy’s Maw (highly recommended personally), which will increase the overall LS damage by 20% or more.

This is part of my recently playing build ideas, if you follow these points to optimize the build, LS damage will increase by more than 14 times. Hope this helps!

That wasn’t intended & was fixed in a patch:

pic.zip (10.8 KB)
hmm…Maybe my description is a bit wrong. To be precise, what I’m trying to say is that you can repeatedly release LS during the duration of a single LS to consume locusts multiple times to stack additional base damage, based on the counter shown in the buff bar in the attached picture
But just now I rigorously retested it, yep, you’re right

. I found in my previous cursory testing that the counter can actually break the locust cap, so it is logical to assume that LS can be released multiple times to stack damage, while in reality the counter number does not have any real meaning (maybe patch changed the underlying mechanism but forgot to change the counter?) It looks like a display bug.
So the conclusion is that releasing LS again will recalculate the number of locusts consumed causing the LS damage to be refreshed to a new LS, and there is no stacking.

Thanks for the suggestions, I tried out the bleed skill and it’s great, the locusts stack bleed to 15+ very quick. It seems this way the builds damage scales with how strong the enemies are. The stronger the mob is means it is alive longer and stacks more bleeds to consume to buff Swarm damage. So far still basically one shotting everything so I’ll have to see as I progress more.

Sadly like mentioned in later posts I missed out on the Locust Swarm stacking, that would of been amazing.

Quick Edit, did some boss testing and the bleed stacks give it sooooo much more damage. I let the locusts attack the boss initially for a few seconds then consume what I’m guessing is hundreds of bleeds to multiply the damage thousands of %. When I get some more free time I’m going to edit the top post with new info and videos.