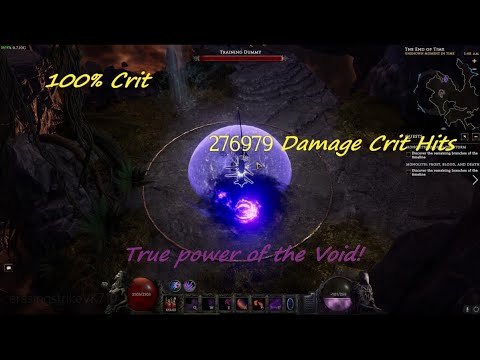 First idol shows is one you want first, the send shown will do if you don’t have 3/4 of the first. 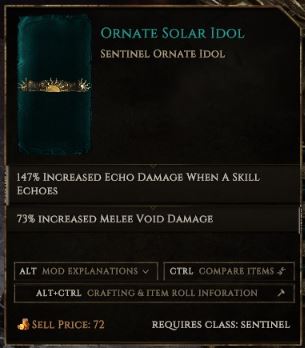 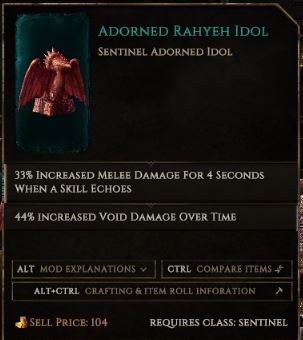 Below is a Tunklab Gear planner link that has been put together from the gear shown in the build video. This gear doesn’t have to be min-maxed and even at only tier 1 affixes will still be good. I also recommend stacking health and vitality before anything else.

The echo damage ones were the best, 4 of those can get you up to 600% increased echo damage which means after you hit with erasing strike, when it comes in next it hits way harder. But yeah idols are up for debate.

I don’t think you can get % void or % melee on adorned idols though.

Though you could get armour shred & life.