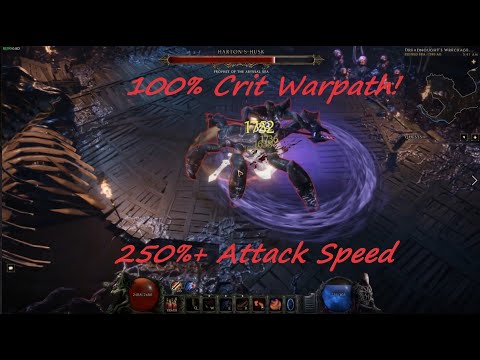 Lootfilter (THIS WILL HIDE ITEMS! WARNING!)

The main affix on idols you want is % increased health. FLat health. Leech. Bleed on hit. 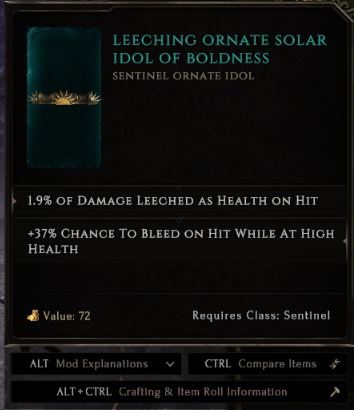 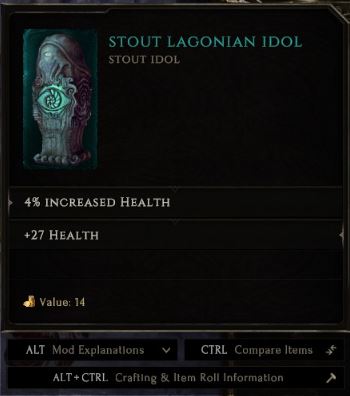 How do you 100% crit with warpath when the char sheet is showing 28% crit chance?

it doesnt reflect the 16% BASE crit you can get inside warpath tree.

why use both smite(no heal mode) and lots of healing node of Smite (holy wave, soothing balm,grace )?

Which of the two options do you think would work better?

Either. i mean smite is only used for the 50% attack speed so you can do anything you want to it.

Hey @boardman21 how much is the 8% needed from precise spin? What would your crit be without it, and what would the damage difference be betweem 2 points in precise spin vs some points in the war forge skill for armor penetration?

For Smite, because of the heal loss, I went this way:

Undisputed + Eye of Reen work really well together on all 3 Sentinel masteries. I’ve been trying something similar to your build tonight, but I use Rebuke instead of Rive, and on my Paladin I use Holy Aura, Sigils, Lunge, Warpath, and Rebuke. Made it to around 190 in arena so far, will probably adjust some things to go further.

I prefer Sigils to Anomaly because they add lots of defense, last longer, and can refresh themselves on kill. They have the option to add some flat fire damage too, but I felt like I needed more defense and stuck with block.

Rebuke works nicely because while making you nearly invincible it refills your mana, works with channeling bonuses on gear if you have them, and gives you a massive attack speed & armor boost at the end of channeling.

I used to run a 2h build instead and made it to wave 198, but this DW setup does exponentially more damage at the cost of defense. I had about 50/50 block/effectiveness with my 2h, and nearly none with this. I think I’ll try out the ignite & Flame Burst nodes in Holy Aura tomorrow, and test the same gear setup on my Forge Knight to see how that does. There’s some interesting bleed and ignite options in both trees, and Divine Bolt + Axe Thrower proc a ton with this setup.

Honestly it’s a shame that 2h damage is so low by comparison. I don’t think a top tier rare or any of the uniques would be a match for this.

I don’t have the axe but I do have 2 Eye of Reen’s so I am wondering if I can use both of the swords and still be successful.