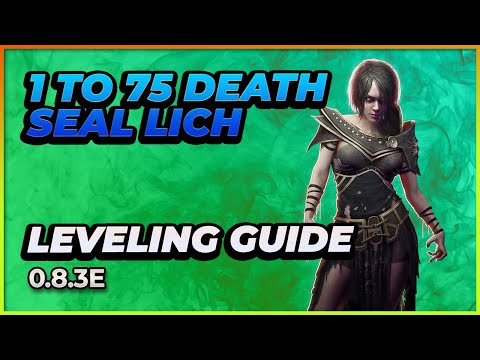 Now that your leveled up, try a new build

Check out the Boardman21's LE Builds community on Discord - hang out with 3,358 other members and enjoy free voice and text chat.

You can run something else to farm the unqiues, this leveling guide is possible without the uniques it will just be/feel slower

It’s hardly worth the time to farm for uniques just to save some time while leveling up. Would be better to take that time to just level. I’ll try it out without them!

I don’t think you really need them at all- Avarice is a quest reward off one of the first quests if you return the ledger to the non-gambler NPC (just for elemental resistances). I didn’t really use Falcon, didn’t use Vipertail, only had one ring and it’s more a quality of life. The staff is nice but you outgrow it fairly quickly.

The biggest issue with the build is it’s kind of clunky toward the mid game- your minion damage falls off and your AoE is lacking until you pick up Death Seal (~lvl 50 IIRC). It’s not like it’s hard or particularly slow to play, just not impressive like most LE builds that seem to continuously feel stronger as you level- this one kind of has a dead zone from maybe 30-55.

With that said, the new crafting mechanic is fantastic for leveling, Following along with Boardman’s YouTube guide, my stats were typically crushing what he was posting when leveled back in 8.3.

Love it! I’m at level 42 and so far it’s super fun, I kill everything fast. I already had the curse of perserverance staff but not the other uniques.

Switching to this from another Lich build I used is a bit rough, but this is already quite a lot of fun! Would you mind updating the Loot Filter for this, @boardman21 ?

This build is so powerful especially in late game. I love it.

Is there an updated version of this guide for 0.8.4f? I’ve been following it religiously but I’m completely gated at Spymaster Zerrick in the high 30s – I’m doing barely any damage with Hungering Soul even when I have three minions alive, the minions die almost immediately, and the clear is absolutely horrible, so I’m assuming something changed in one of the recent patches.