I’ll preface by saying I’ve seen this thread: Smite's Unbalanced Scale node does not work by trigger-casting. (from 0.7.7D,E)

I’ve not tested unbalanced scale, though I do have further thoughts on the fissure situation detailed below:

There seems to be some issues with the sentinel’s Smite spell proccing with Shield Throw when using a Keen Idol and the Descend node.

Keen gives a chance to cast Smite on a target when you hit with a Throwing attack (like Shield Throw).

Smite’s Descend node makes your teleport/land at the smite location.

The expected result would be that you’d “descend” at the location of every proc of Keen from a shield throw (this is probably not a desirable interaction for the player depending on the build, but could be fun; I’d actually be okay with it not descending you but I digress).

The actual result is you end up smiting the enemy, but “descending” at the location from which you threw the shield (or hammer or whatever). This seems to leave the fissure on the descend location (as well as the related smite effects) if attacking a normal enemy, but doesn’t leave a fissure at all if done while attacking the Training Dummy in the End of Time.

This leads to some pretty strange rubberbanding where you get pulled back to where you once were (and is naturally, pretty dangerous if you’re kiting). 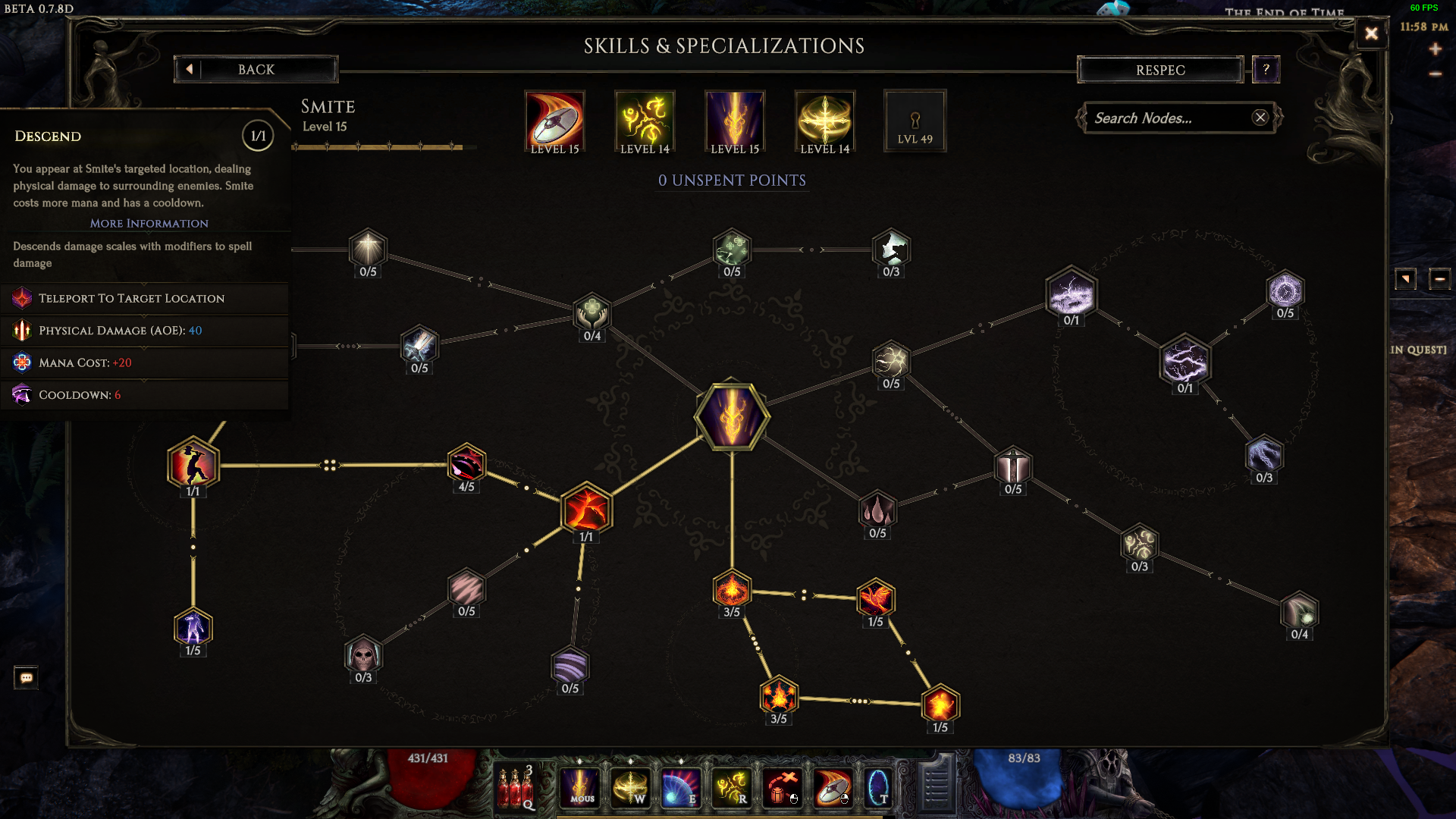 That is a very odd interaction. I’ve also noticed that Smite will be cast at the nearest mob rather than the mob who’s hit caused the idol proc.

Though there was a post here that said descend should not proc when Smite is cast by an idol/throwing attack.

Purple balls are from Soul Bastion shield’s proc. I think you also might be correct about the weird targetting of the smite. It’s pretty hard to tell what’s going on most of the time (and with only one training dummy, it’s difficult to test on that).

From the sound of the other thread, Descend shouldn’t be proccing at all if Smite is proc’d by the idol, so that might be the bug rather than wierd targetting of Descend.

There’s a few issues with Smite proc’d via Idols. I’ve noted them down for us to look at. Thanks!

Including their lack of ailment procing?