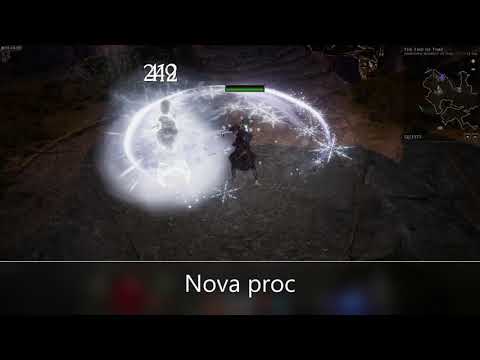 Noticing now that despite the Cacophony of Steel node not having a prompt to press alt for more info, a subtooltip does show up when doing so.
It was my assumption that the node simply made Umbral Blades deal damage every half second in an area, but apparently it’s a separate subskill that isn’t Umbral Blades and replaces the blade after it’s thrown… and this bladestorm does not get converted to cold with the rest of the skill (does not gain cold tag) despite gaining a cold visual effect. So still a bug in there.

Edit: Removed the CoS node and tried with regular blades, it does still seem like the recalled blades do not proc tundra nova while the initial throws can.

Thanks for the report.